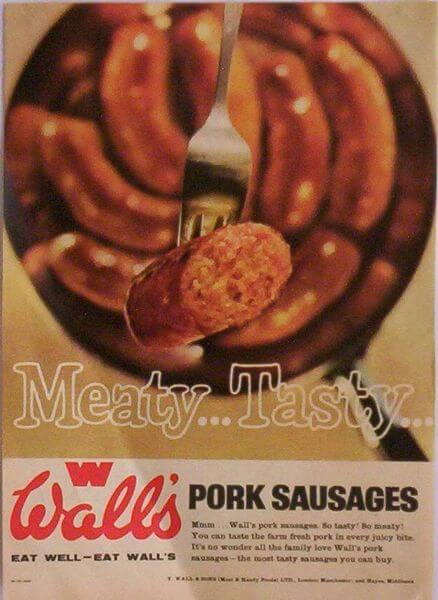 I’ve blogged about this sorry business elsewhere, but Theotory blogger (and martyred Archbishop!) Cranmer’s response to the latest step in the UK’s slow (or maybe not so slow) slide into balkanization is too good not to share here.

The drama opens (as the Daily Telegraph recounts) in a branch of Marks & Spencer’s, an iconic British high street retailer, once seen as an embodiment of solid good sense, if not, perhaps, the most exciting of places:

At one of its stores in central London last week, customers waiting with goods that included pork or alcohol were told by a Muslim checkout worker to wait until another till became available. The assistant was extremely apologetic at having to ask customers to wait.

One customer, who declined to be named, said: “I had one bottle of champagne, and the lady, who was wearing a headscarf, was very apologetic but said she could not serve me. She told me to wait until another member of staff was available.

“I was taken aback. I was a bit surprised. I’ve never come across that before.”

Customers trying to buy alcoholic drinks for Christmas were also asked to wait.

“We recognise that some of our employees practise religions that restrict the food or drink they can handle, or that mean they cannot work at certain times. M&S promotes an environment free from discrimination and so, where specific requests are made, we will always make reasonable adjustments to accommodate them, whilst ensuring high levels of customer service.”

An environment free from discrimination? Have they considered that their customers don’t wish to be discriminated against and made to feel morally deficient or ‘unclean’? How is inconveniencing customers by forcing them to queue at non-Muslim checkouts consistent with “high levels of customer service”?

The main problem with this is that it plays to a certain Muslim stereotype: it affirms an utterly myopic interpretation of sharia law and so perpetuates prejudice against all Muslims. The Qur’an exhorts Muslims not to eat pork products or drink alcohol: it does not say they may not handle glass bottles or pass a plastic packet of bacon over a scanner.

But, no matter. Some M&S equality aficionado has determined the orthodox tenets of each religion, and is prepared to bend over backwards to accommodate them: they have confirmed – in true anti-discrimination style – that Jewish employees are also permitted to decline to serve customers alcohol and pork, notwithstanding that no Jewish employee has ever refused to do this in the store’s 129-year history.

But why stop at alcohol and pork?

Are Christians going to be permitted to decline to handle halal meat, since it has been “offered to idols” (1Cor 8)? Or has the M&S equality aficionado decreed that this is not a fundamental  requirement of the faith? If so, on what theological basis?

As far as His Grace is aware, M&S don’t sell condoms. But if they did, would a Roman Catholic employee be permitted to decline to serve the customer, thereby compounding their embarrassment?

This is not “reasonable accommodation”: it is not the same as permitting holy days off or the wearing of certain religious symbols over a uniform. It is manifestly unreasonable when customers are inconvenienced by i) having to queue at a non-sharia checkout, or ii) waiting for a member of staff to arrive who is prepared to serve you.

Oh yes, it seems that the Church of England thinks the whole thing is fine. #sigh, as they say over in Twitterland.