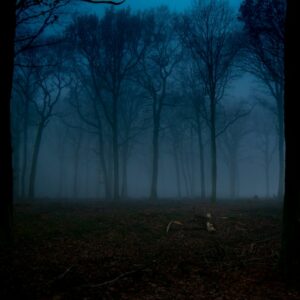 Acting upon the suggestions I received from some of you regarding my daughter, I found myself placed in a new spiritual proximity to vibes and tensions and thought-patterns any sane person should want to avoid.

I am not a Catholic. That’s just a statement of fact, not an opinion. I only mention this for context because several of the suggestions were posited by those of the Catholic faith.

However, I am curious. When Pope John Paul II passed, it hit me quite hard. Who knew? I dove into learning about him, and by doing so, I learned things I hadn’t known about the Catholic Church. For the first time, I saw a grand intellectualism I’d never known about. And I also saw a fascinating and compelling mysticism.

There is something rich about that, and juxtaposed against the evangelical church, I long for something on par. I don’t agree or disagree with the Catholic Church, but I very much support its curiosity. At least the curiosity it once had. Maybe it still does. What do I know?

One of the readers of the post about the garage incident provided me with links to certain resources meant to help me with my daughter’s situation. So far, I’ve looked into one of them; a website that offers a litany of prayers that focus on deliverance, healing, achieving wholeness, and freedom from demonic influences.

Another area of the Catholic Church I had not known about. And honestly, I was very uncomfortable about walking into that particular fray. But I did. I did because it’s about my daughter, and she’s continually tormented by something that is not of her. Whether the source is psychological wounds at adoption; some genetic propensity toward OCD; trauma from the terrible hospital years with her younger sister; scars from being bullied in middle school; or the fact that she smokes marijuana too much (her assessment … and I agree); she is fragmented, anxious, and suffers from sudden self-harming psychotic episodes.

These many sources all fit into the enemy’s strategy to dis-integrate us from wholeness, foist confusion and fear upon our minds, and render us hopeless and defeated. Therefore, in my mind as someone who views all of life through a spiritual lens, she is under an orchestrated demonic attack.

I began with the prayers that sounded less assertive … less dangerous. I mean really, who wants to taunt destruction, right? And since they are Catholic prayers, I felt that, out of respect, I should modify the prayers so as not to be presumptuous as a non-Catholic. So I did.

I will try to keep this part brief, but here’s what happened.

The next day when she arrived home from work, I was sitting at the kitchen table. As she walked into the house, she called out with a big “Hello!” and appeared in the kitchen doorway.

Her eyes were bright.

That may not sound like anything to you, but I’ve not seen real life in her eyes for nearly two years. I knew something was different. I felt a charge go through my chest; a little spring of hope.

Four days later, she had already sent out several résumés and received callbacks for interviews. She had also decided that she wants to attend a particular program at a college located in a not-too-faraway state. We even picked dates and made the hotel reservations to go check out the area.

And then a few days later, when she came home for lunch, it became clear that we’re not out of the woods. She’d been dragged back in, but this time deeper into the woods, now surrounded by gnarly oak trees with angry branches and spooky moving shadows.

Her demeanor was dark, like before. She dragged herself into the family room and sat down in the chair across from me, her shoulders down, her hair matted to her head, and her face sullen. “I had an interview with Joe’s dealership,” she said.

I wanted to keep it light and tread lightly. Sometimes I try to avoid conflict with her because I’m just too damned tired.

It always happens so suddenly. Her face contorted, her fists clenched, and she began hitting herself in the head and screaming, “Why can’t you be happy for me? Why …!!” She threw her keys across the room, followed by a fresh coffee from Dutch Bros. Then she jumped up, and came at me, screaming in my face and waving her arms while dropping F-bombs… amongst several other-letter bombs. This went on for several seconds.

I don’t know if this is just my normal response to threats, or if this is the Spirit giving me composure, but I sat there watching her, waiting … just like the time in the garage. Oddly, I’m calm; there’s no adrenaline; no feeling of fear. And then I heard these words (not audibly).

“It just needs to come out.”

The anger, the rage, the frustrations about having a perfectionistic mother from whom she needs approval (her assessment) … all fueled by irrational thoughts fanning those flames. And yes, I am a perfectionist and a driver and I wouldn’t want to be around me either.

She cried and snarled for a bit and then it was time for me to talk. I kept it simple and reasonable and as reassuring as I possibly could. Not with any conscious intent … it’s just what came out of my mouth.

And she actually listened and got very quiet. Just like the other times.

I hugged her close, and she kept saying she was sorry. She went back to work, and texted me, telling me she was sorry and that she doesn’t know why she acts that way. Later after she got off work, she came into the family room where I was sitting, leaned down and embraced me for a long time, whispering, “I’m really sorry.”

We had come out of the ugly tree grove.

And this time it was worse, taking us to the deepest recesses of the woods to a grove of rotting trees perched upon by nasty vultures mocking us as she screamed at me about killing herself and cutting her wrists, making arm and hand motions as if she had been contemplating and planning it for some time. And then she exploded, relentlessly hitting herself on the head while letting out a long and blood-curdling scream. It was new-level psychotic.

I watched her. I told her to stop. I asked her if I needed to call the police.

And then she went into her room. I was upstairs and had been watching her from over the railing, so I made my way down to her room. I found her sitting on the floor leaning up against her bed, weeping. I kneeled down in front of her, and told her I love her, and put my hand on her forehead. She got very quiet. Later, again, she told me how sorry she was, that she doesn’t understand why she said those things and why she acts that way.

Why am I writing about this? First, I need someone to know what’s going on. I have never felt so isolated and helpless in terms of the capacity of other people to believe and appreciate what this is like. Second, this is real. Here’s what I mean.

I’m old enough to have seen the movie The Exorcist, at the drive-in, no less. And I believe this is what people think demonic influence or an outright demonic attack looks like. Maybe sometimes it does. I don’t know. That’s not this.

This is the culmination of cognitive distortions that have entrenched themselves in the mind of a young person who started out with some real soul-foundation issues to begin with. Her brain has been functioning in a different dimension of perception her entire life, and no one really noticed. She didn’t know that it wasn’t normal. She was just trying to avoid that deep and mysterious sense of abandonment she’d already experienced in her soul at birth by constantly seeking approval and reassurance from others. Add to that, the trauma of her sister’s serious medical trials; my absenteeism as her mom for ten years; the impact of social media on her sense of what’s important; and the resulting development of an intense self-hatred; and you’ve created a very vulnerable target for soul-crushing influences.

Having said this, I’m not ready to defend myself on any of that. Only God knows the truth about my beautiful daughter.

What I do know is that Jesus is the Great Physician. And He is at work in her, and in me, speaking to me about the situation. Not audibly, but through experiences. This may sound weird, but the very day she came home for lunch and went into a psychotic tirade, I had just finished watching the episode of The Chosen where the disciples are out performing miracles, many of those miracles involving the deliverance of everyday people from demonic control. At one point, Andrew placed his hand on the forehead of a woman with grey eyes, and when he lifted it, her eyes were bright and she was in her right mind.

My husband and I were talking about our daughter the other night and I asked the question, “Where is all of this going?”

As I hang on to my ideas of what retirement is supposed to be like, and I mourn the loss of the opportunities I once had, I’m pressed to examine my faith. Is it real? Is it persistent in the face of overwhelming contradictions to my expectations about experiencing relief, receiving spiritual strength, and possessing a resilient hope? Can I walk with Him and my daughter in and out, and in and out, of these darkened woods believing that there will ultimately be a final victory?

Those are my questions right now.

And yes, I know I’m sounding selfish, and that this isn’t about me.

We’re working on it.