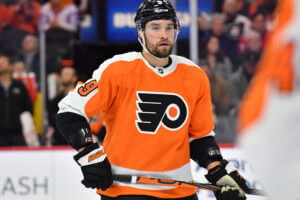 When the Roman Empire persecuted Christians, they provided an easy out. All the believer had to do was offer some incense to the gods and they would be set free.

One of their victims was Polycarp, the elderly bishop of Smyrna, a city known today as Izmir in Turkey. Polycarp was a disciple of John the Apostle and later discipled Irenaeus of Lyons, another early saint.

In 155 AD, he was swept up in a fierce persecution, yet offered no resistance. When soldiers burst into his home, the bishop welcomed them cheerfully, ordering that a meal be prepared for them. He asked leave to pray, and the now sheepish Roman guards allowed it before reluctantly taking him to the Proconsul.

The magistrate couldn’t understand why this frail, kindly old man wouldn’t simply add some incense to a brazier placed before a statue of Caesar. Just drop in “a pinch of incense,” he pleaded, but Polycarp wouldn’t budge from his love for Christ.

“For 86 years, I have been his servant, and he has wronged me in nothing,” he said, “how can I blaspheme my King and Savior?”

When warned he would be burned at the stake, Polycarp replied, “You threaten me with a fire that burns for a short time and then goes out, while you know nothing of the fire of the judgment to come and of the everlasting torment awaiting the wicked. Why wait any longer? Do what you will!”

After being tortured and placed on the pyre, Polycarp thanked God and the executioners lit the fire. Eyewitnesses wrote that the fire “sprang up around him like a curtain, and that he stood in its midst glowing like gold and sending forth a delightful scent of incense. Seeing that the fire was not harming him, the executioners stabbed him with a sword. His blood flowed so copiously that it put out the fire, and he gave back his soul to God.”

All that, when he could have just offered a pinch of incense to the powers that be. A tiny act of obedience to the rich and powerful. A slight compromise honoring the pieties of the day, and all would be forgiven.

Just put on the pride jersey. It’s only for warm-ups. It won’t even be televised — who would notice?

This was the choice offered to Ivan Provorov, star defenseman of the Philadelphia Flyers. Tuesday was the team’s LGBTQ+ Pride Night, and the players were told to wear the rainbow outfits for the pre-game skate.

After the game, he explained to reporters, “I respect everyone. I respect everybody’s choices. My choice is to stay true to myself and my religion.” The Russian-born hockey player is an Orthodox Christian.

The sports media savagely attacked him.

the Flyers, like every team in the NHL, have LGBTQ+ identifying fans. Ivan Provorov just told them all that he doesn’t think they belong in hockey. disgusting. https://t.co/BZfpO5AMXB

Ivan Provorov was allowed to play in a game for the Philadelphia Flyers – the organization that was the first to say that you will be removed from the arena if you utter a homophobic slur – after refusing to wear a Pride logo for warm ups.

What an absolute disgrace.

E.J. Hradek of the NHL Network told Provorov to go back to Russia.

“If this is that much of a problem for him to maybe assimilate into his group of teammates and in the community and here in this country; that’s okay,” the reporter said. “Listen, you can feel any way you want, but the beauty is, if it bothers you that much, there’s always a chance to leave.”

“Go back where you feel more comfortable,” Hradek added. “I understand there’s a conflict going on over there; maybe get involved.”

It’s just a pinch of incense.

Thankfully, Provorov isn’t headed to the stake — at least not yet. His coach even stood behind him.

“With Provy, he’s being true to himself and to his religion,” Flyers coach John Tortorella said. “This has to do with his belief and his religion. It’s one thing I respect about Provy: He’s always true to himself. That’s where we’re at with that.”

Provorov wouldn’t offer the pinch of incense. As his fellow countryman once put it, he decided to “live not by lies.”