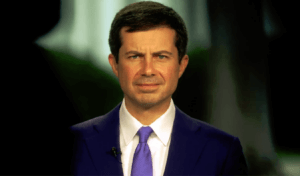 The other day it occurred to me that I’m a diversity hire. I know what you’re thinking: a white male diversity hire? I decided to run it past my husband but Chasten doesn’t like to hear about my workaday concerns when he’s trying to breastfeed the twins.

It’s really nagging me. On what possible basis could I be a diversity hire? Is it because I’m Anglican? But wasn’t Nixon-appointee John Volpe an Anglican? That would be like putting a second glazed in an assortment of doughnuts: what’s the point? They don’t think I’m a person of color, do they? But it can’t be that for the same reason as above: William Thaddeus Coleman Jr. was a person of color.

My suspicions have only increased after my repeated attempts to get fired have failed, like the time I requested paternity leave from the president. I even called it that: “paternity leave.” Instead of laughing he said, “Sure, why not?” as if I’d suggested the White House be bathed in the colors of the LGBTQ+ flag or something. The next thing I know I’m spending two of my first nine months as Transportation Secretary stuck at home with two babies and the ol’ ball and chain.

It’s really starting to bother me because it never occurred to me that I wasn’t tapped for the same reason Kamala was: competence.