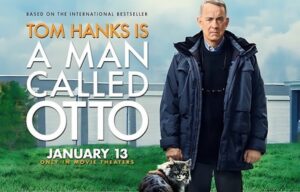 I understand why film buffs get irritated when there is an English-language remake of a well-regarded foreign film. It seems disrespectful to the original, and suggests that American audiences are too lazy to read subtitles. The former is always going to be in the eye of the beholder, although most adaptions are probably done out of affection for the original work. If there are too many changes, it would support that conclusion. The latter is, in part, probably true. It does seem that foreign language films have difficulty reaching American audiences because subtitles are distracting and require a different sort of engagement.

The biggest reality, though, is that you need to adapt to the audience. American audiences are not so much unsophisticated as they are locked in their own paradigms. We relate more to familiar surroundings, to experiences that we are likely to encounter. We are a racially mixed culture, but there are enclaves within the broader culture that have limited experience with some parts of the world. Every writer, speaker, and artist who is trying to reach a particular audience knows that they need to craft their work in a way that the intended audience will respond to.

The source material for this Tom Hanks vehicle is a well-regarded Swedish film that was the highest-grossing foreign language film in the US the year it was released. It was nominated as the Best Non-English film by the Academy Awards that year. It brought in less than $3.5 million at the box office in the States. Assuming an average price of $10 a ticket, that means that it was seen by about 35,000 people in a theater in America. That is a small segment of the potential audience, regardless of why so few got around to seeing it. An English language remake gives the story a second bite of the apple and a chance to let the audience find it. If you want to criticize the film and compare its artistic merit to the original, that is fine, but first evaluate the film you are criticizing, rather than its reason for existence.

I have to admit that I did not see the Swedish film. I wish I had. Whether it played outside of my range of theaters, or was released in an inconvenient window, I don’t remember. I did hear about it but resigned myself to catching up with it another day. A Man Called Otto will not be a substitute for seeing Ove, but it is the film that is in front of audiences now, and that is the context in which I will offer my opinions.

Most people probably think of Tom Hanks as the avuncular nice guy that is his public persona. He has played roles that have made him very popular, but not all of those parts were happy-go-lucky characters. Some of them are quite dark. Otto Anderson is a much darker character than might be suggested by the trailer for the film. To begin with, he is not just a crotchety old man, he is a man who has lost something in his life that propped him up and helped him balance any anti-social inclinations with a more practical attitude.

Robbed of the main source of happiness in his life, he has allowed despair to take over and guide him. We can recognize that this is a bad choice, but someone in the midst of his situation is not likely to be thinking in different terms. I can say from personal experience, that without some intervening force, depression and self-destruction are paths that might be taken without much effort.  Fortunately, the right kind of force is what is the catalyst for this story.

Otto has been forcibly retired, in a period of great need to feel useful, and the consequence is that he sees nothing ahead that would be worth waiting for. Suicide seems a delicate subject to use for comedy, but it has been done before. Otto seems serious in planning his exit, but the intervention of an unexpected force, bad timing, or poor quality materials foil his attempts and point his life in a different direction. The movie has fun with those moments, but it also builds a character that, in spite of his brusque manner, we hope can be redeemed. This is a sentimental heart-tugging story that works on both the comedic and the dramatic playing fields. I have no problem with a crowd-pleasing film and this is engineered to please the audience.

There were three or four spots where I  had to close my eyes and take a deep breath to get through. That is not due to any disturbing visual in the film, but rather because I was recalling moments from my own life that parallel Otto’s. Younger audiences can still relate to the experience, but when a moment plays as if it were a repeat of your own life, it takes a second or two to recover. A couple of small coincidences contribute to that, the car Otto drives is the same model and color my daughter drives, and the car parked on the street in front of Otto’s house for every exterior shot is the same color and model of the car I drive regularly. Substitute old dog for feral cat, and multiple illnesses for one terminal disease, and it just hit close to home.

This is a mainstream film, made to appeal to adult audiences and gain as wide acceptance as possible. It does have one significant nod toward wokeness which looks like it will be the new trope for the next decade, but I was not particularly annoyed by it; it was simply unnecessary. Not having seen the original yet, I have nothing to take umbrage at, and I am happy to say that in this “streaming” heavy world, where these kinds of movies usually end up, I saw it in a full theater with mostly adults in attendance. Maybe I liked it more because I related to the subject so much and I have no reason to look down on it as a remake. I just laughed, cried, and thought about my own life a little more hopefully after the movie was done.