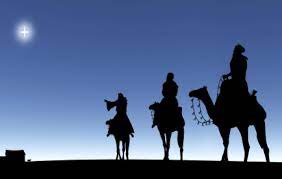 ‘Epiphany’ comes from a Greek word meaning ‘to reveal’, as it is when the baby Jesus was ‘revealed’ to the world. Epiphany comes 12 days after Christmas, which marks the amount of time scholars believed that it would take after the birth of Jesus for the three kings (magi) to travel to Bethlehem, when they publicly recognized him as the Messiah, the son of God.

The Bible tells us that the magi traveled from the East to Jerusalem: “Now after Jesus was born in Bethlehem of Judea in the days of Herod the king, behold wise men from the East came to Jerusalem.”  This passage does not give us the exact location or country from where the wise men’s visit to Jerusalem started. Therefore, we cannot know for sure how far they traveled.

On today’s map, Babylon would be pretty close to Bagdad, Iraq, which means the magi would have traveled more than 900 miles to meet Jesus. By the time they got to Jerusalem, they were looking for a child, not a baby, which implies that they had been traveling for a long time.