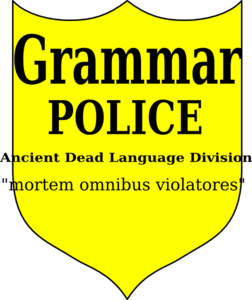 This post is inspired by an exchange Wednesday on another post, one between me and my one-time nemesis, the Ricochet Member Formerly Known As Ball Diamond Ball (@bdb).  That we seem to have–somehow, and in spite of everything–patched things up over the past (almost exactly) six years should be a lesson to us all. Long story. Never mind.

BDB’s comment–in response to my own, rather humorously meant comment on another post–included the tag, “This will not do!”  I took it in the spirit of fun, as I’m pretty sure it was meant.

But–although BDB’s response didn’t end with a preposition itself–it reminded me of a phrase I’ve always associated with Winston Churchill, he from whom I’d be delighted to take lessons in writing or rhetoric any day of the week, and I really wanted to clap back to my friend with the words, “And up with this [we] will not put!”

So I went on a bit of a search to see if Churchill had ever actually said those words, or what was the actual source of the epic putdown of some pedant, somewhere, who objected to a person ending a sentence with a preposition.

They found an instance of the phrase being used in a Sussex newspaper in 1941, while recounting an anecdote of an English teacher who was “scolded” by his prospective superior officer (the poor guy was filling out his enlistment papers. During WWII. For Pete’s sake) for ending a sentence with a preposition.

Whereupon the junior, in his reply, while acknowledging himself the obedient servant of his superior in matters affecting his military duties, declined to take orders from him in respect of his use of the English language. This, he announced, was “a thing up with which I will not put.”

Bravo. And so you shouldn’t of. (At least two transgressions there. I know.)

By 1943 and later, and via a rather circuitous route, the quote came to be associated with Churchill, quoting a newspaper from Melbourne, Australia, in 1944 as follows:

Recently I had a note from a colleague in London quoting the story then going the rounds of a devastating retort made by the Prime Minister. To a long and flatulent report, he is said to have appended the following minute:

“This is an example of pompous and bastard English up with which I will not put.”

The site wends its way through a series of stories about one-or-another variations on the script, some of the most pathetic of which are those which tell the story by seeming to miss the point, and which triumphally end the quoted portion of the statement with the exact word it was not supposed to end with. (See what I did there?)

Until it gets to the full-flowering of the episode from 1946, which goes as follows:

Latest Churchill story going the rounds has to do with a stuffy young Foreign Office secretary who had the job of “vetting” the then Prime Minister’s magnificent speeches. The young man disliked the P.M.’s habit of ending sentences with prepositions and corrected such sentences whenever he found them.

Finally, Mr. Churchill had enough of this! So he recorrected his own speech and sent it back to the Foreign Office with a notation in red ink, “This is the kind of pedantic nonsense up with which I will not put!”

If there’s to be nonsense here, let’s at least let it be unpedantic nonsense.

I hope we can pull that off.

And yet, there are always those on patrol, ready to jump on the slightest peccadillo.

We are such stuff
As dreams are made on–Shakespeare, The Tempest

The heartache and the thousand natural shocks
That flesh is heir to–Shakespeare, Hamlet

“the thousand natural shocks / That flesh is heir to”? Lord knows, there are so many, multiplying only as one ages.

Where did this ridiculous idea that there’s a “rule” that one mustn’t end an English sentence with a preposition come from?

Latin, maybe.  And while I love the language myself (and I’m quite good at it), I see no reason why it should be–almost two thousand years later–illustrative of our own rules for life.

When it comes to those rules, this should not be one of.

Hope I can bring you along with. 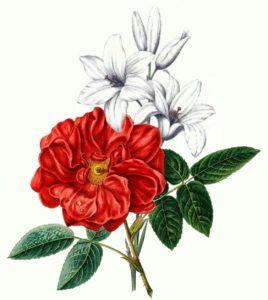