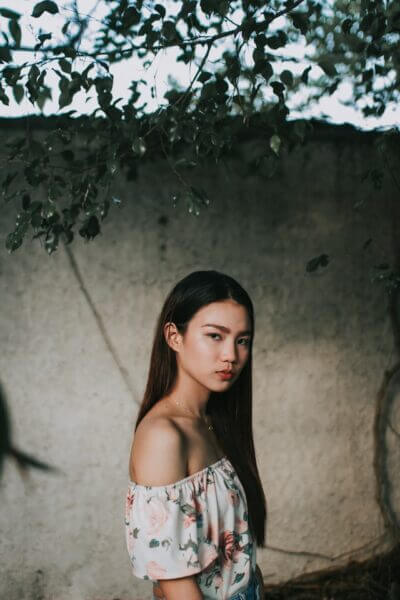 Oh, the good old days when I compartmentalized everything, shielding myself from emotional pain, disassociating from the political beat-downs I was hired as a proxy to suffer, and feeling free to fill my time with all kind of distractions for professional advancement. Those days are long gone … and good riddance.

Now, I’m old and retired. I began suffering chest pains a few weeks back. And, as many of you already know, I am Mom to a troubled kid. She’s 21. She lives with us. She works in a grocery store that attracts cranky customers; the kind that like to find a small person behind the counter, one who looks weak and meek, one who probably won’t fight back if they chose them as that day’s punching bag. That’s what it seems like. These angry and disillusioned customers come through the automated doors targeting small-in-stature clerks that they can verbally beat down at will with impunity because they’re pissed off about their life and the world, and they can’t help but spew their frustration and ugliness at the first vulnerable grocery clerk they find.

My daughter is that small person, who is not only tiny, but also, because of her serious mental health challenges, struggles to groom herself. You know, she forgets things … like taking a shower, brushing her teeth, washing her face, wearing clean black jeans to work, and making small attempts to comb her hair.

She is depressed. Someone once told me that depression is repressed anger. I believe that now more than ever before. She gets triggered. And it’s not fake. Her switch to Mr. Hyde is always instantaneous. Jerky, raging movements take over her arms and legs, and her face contorts into something otherworldly. She sometimes punches herself, often leaving her legs peppered with bruises.

We had an incident in the garage the day before yesterday. I started to say something about having a goal when you shop, and all hell broke loose. F-bombs started flying, cups of soda were thrown at the wall, and at one point she rushed me. I was on the elliptical. I didn’t stop to accommodate her tantrum, which went on for what felt like minutes but was probably about 30 seconds.

“You want to fight?” I said, looking her in the eye. She stopped, backed off. I growled at her. “What are you, a demon?” I said. Well, that was it. She raged, saying she doesn’t want to be here (meaning here on earth), that she doesn’t want eternal life, and that she’s going to die young.

You may think that’s cold. Yes, it is. But that coldness is not directed at her. That coldness … that indifference … is directed at the “spirit” harassing her and lying to her and keeping her trapped in a thought-storm of self-hatred.

I didn’t respond to her horrifying words; I leave those conversations to the Holy Spirit, who is the only Person able to work in the deepest areas of her mysterious soul-wounds.

She retreated to the far corner of the garage and stood there, quietly staring at the wall. I kept exercising.

Now, you might think I’m exaggerating. I’m not. There is much more to it, but you get the idea. She stood there, still quiet, for at least ten minutes while I continued to exercise. The entire space was absolutely quiet. Pin drop quiet. While keeping my heart rate up and absorbing the initial barrage of her rage, I had prayed, asking the Almighty to release her from her prison, begging that He would do it right then and there … pleading and pleading and pleading.

A few minutes went by. I looked over at her. She didn’t look back. “Are you waiting for me to say something?”

“No. I’m just trying to calm myself down,” she said.

A few seconds later, she went inside the house.

And a few minutes later I finished my workout, went inside, and stuck my head in her room.

She was sitting on her bed. She looked up. “I’m sorry. Something triggered me. I don’t know why I acted like that,” she said.

I’m her mom. I don’t know what she’s dealing with, but I know her better than anyone else. She needed relief.

“Do you want to watch a movie?”

She nodded. So we did.

You may be wondering what I’m saying about my daughter. I’ll be clear. I’m not saying that my daughter is possessed. Not in the “Jesus casts out the demons” way. But she is possessed. She’s possessed by a nihilistic worldview foisted upon her by social media’s distortion of reality and priority, and the absolute soul-crushing Marxist influence of higher education. Those two things, combined with her severe case of OCD and the pain of having been given away by her parents (her words), she is fighting for her life every moment of every day. She copes as best she can. I prefer she practice healthier ways, but when someone is suffering as she is, having breaks from an overwhelming despair and the ugly thought-storms in her head are necessary to keep her moving forward.

What to do? There is only one thing I can do (I gave up trying to fix the problem a long time ago). I wake up each morning, let my mind go through its catastrophizing, and then I realize the only answer, the same answer as the answer from the previous morning, is to take hold of Jesus and run after the Father.

Yes, this is personal. Very personal. But I think this is important to share. I’m one mom amongst millions who are seeing this kind of torment in their own children.

The enemy is working overtime (with audacity) to rob our children of vision, of hope, of courage, a sense of safety, and a future that offers great possibility and promise. With COVID and the actions of the power hoarders, the kids have been hurt the most. There has been a sea-change in what they see when they look out into the future. Only a couple of years ago, our kids perceived a pretty clear path ahead. Now, nothing is clear. There is great uncertainty, and uncertainty brings great pressure to bear on the unbelieving soul. Without vision, the people perish. Without faith and hope and love, we move from frustration to anger to violence … and into nihilism. Look around – see the indifference, contempt, and murderous violence. Little did most parents know only a couple of years ago that the kids have been undergoing an indoctrination; a stealth effort to capture their minds and wills.

I’m sorry. I apologize for the dark picture, especially on New Year’s Eve.

But this is important.

We need to fight back, first on our knees, and second in our own families. Please pray for our kids. Pray that in 2023 they begin to come out from under the dark blanket of deception to a future and a hope that is good and life-giving.

Let’s see what we can do with 2023 now that we know what’s really going on.

And yes, I’m going to the doctor about my chest pains … amongst other things. Getting old stinks.