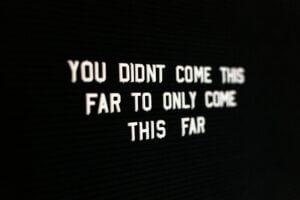 It has been an awful couple of years in the United States—culturally, religiously, politically—and it’s difficult to appreciate that some things are actually moving in a positive direction. In contrast to the disasters we’ve witnessed, the Federalist published a piece that focused on how many things we have accomplished, and I wanted to expand on that list. In some cases, my points are less about major victories, but about steps that we have taken to pull us out of the mire and take constructive steps to take back our country.

Let me summarize the points made in this article, and there were ten of them:

Overturning Roe, which has been long overdue; states, courts and parents pushing back on the trans agenda; even the general population beginning to realize that the media is in collusion with the Left; the Supreme Court upholding our second amendment rights; getting rid of Liz Cheney; a federal judge “smacking down” Biden’s federal mask mandate; Top Gun “Maverick” which bucked the Chinese censors, celebrated America and was hugely successful; the fight against Loudon County schools; Elon Musk’s restricting censorship actions of his own employees; and finally, states fighting for election integrity.

In my eyes, this list was impressive but incomplete, so I’m adding my own victories:

Several Attorneys General going after ESG; challenges all over the country continuing against the woke agenda, including Critical Race Theory; the media admitting their collusion with Democrats (in so many words) regarding the Hunter Biden laptop; greater public awareness of the disaster on the border; and states that refused to cave in to the Covid agenda.

But I was especially pleased to see Republicans fighting with each other: some of them are unwilling to act like Democrats and support the Leftist agenda. Although on the surface, the fighting is ugly and concerning. At the same time, we are beginning to witness the Republicans who are willing to strike out against the establishment agenda and take risks. We need to recognize those who are willing to fight back, and acknowledge them at the ballot box.

So our victories show up in our willingness to support those who show courage and determination to resurrect the conservative agenda.

It’s way past time, and I think those accomplishments are worth celebrating.

Please add to these lists of victories to help honor America and its Founders!

I think that celebrating our victories is critically important for our personal wellbeing and for the country. In the months and years ahead, it will be easy to become discouraged when we see the state of affairs. These lists are not just intended to be morale boosters, but to provide balance to the negative outcomes and those who will try to discourage us.