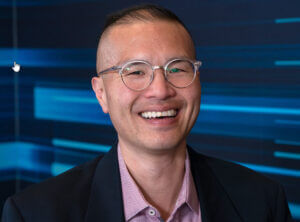 The recently released “Twitter files” contain numerous references to a senior FBI official named Elvis Chan.  Chan has a very substantive tech background—twelve years in the semiconductor industry and he even holds two patents. He a leading figure in the FBI’s defense against foreign cyber attacks.  It would make perfect sense for him to be in contact with managers at Twitter, Google, Microsoft, and Facebook when actual foreign threats are detected or expected.

But the evidence in the “Twitter files” and the depositions taken by the Missouri AG points to Chan among those (a) aggressively promoting the utterly false notion that the Hunter Biden laptop was a Russian disinformation ploy and (b) urging the suppression of the New York Post story about the laptop’s contents. [Disclaimer:  The timing, context, and nature of Chan’s emails about a “disinformation” attack strongly suggest that his intent was to persuade (lean on) Twitter to censor the story–the Twitter people certainly took it that way.  However, I have not yet seen an email where Chan himself expressly called for the suppression of the laptop story.]

The ”Chan Problem” is how seamlessly and easily the apparatus for prudent and necessary cyber-defense can morph into raw government censorship and message control.  Let’s stipulate that Russian, Iranian, North Korean, Chinese and other bad guys constantly probe our data and media infrastructure and therefore we need guys like Elvis Chan to defend against that.  But in 2020, the dozens of federal employees tasked to defend us against foreign interference and election distortion fostered a deception on a level that foreign bad guys could only envy.

The full weight of federal intelligence and law enforcement turned into the very thing that they were supposed to protect us against and nobody on the inside seemed to notice or care.

None of these people are Soviet agents or obvious sociopaths yet they abused and knowingly distorted American political discourse.  Memos, emails, and meeting verbiage all consonant with a legitimate mission to defeat foreign bad guys can also easily provide rhetorical cover for a campaign to tag domestic American political opposition (or merely inconvenient facts and opinion)  as an extension of some foreign enemy’s cyber attack.

If it were one bad apple, it would be a different problem.  But the evidence indicates that there was no cognitive tension, no recognition that a line has been crossed, no doubts expressed (except by folks at Twitter!!) nor any hint of dissension, and still, no whistleblower has come forward.

A terrible legacy of the War on Terror is that we have created an institutional monster, an unaccountable force that can now instantly enforce whatever viewpoint or institutional self-interest accrues within its increasingly filtered ranks.  Like a college campus, the FBI appears to be squeezing out potential dissident voices to achieve a comfortable monolithic culture and group identity. Even in its heyday, the Stasi probably had more internal diversity of opinion.  We need to ask whether the Stasi motto of “Schild und Schwert der Partei” (The Shield and Sword of the Party) is more applicable to the current FBI than “Fidelity, Bravery, Integrity.”