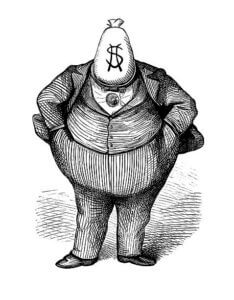 Several years ago I had the happy fortune and pleasure of interviewing President Reagan Speechwriter (and Ricochet Co-Founder) Peter Robinson on my podcast when our conversation  swerved into the topic of New Year’s resolutions and how to make them both attainable and tenable. I remarked that the first two weeks after New Year’s were usually the worst in the year to get anything accomplished at my local gym because that was the standard shelf life of the average physical fitness resolution. Peter suggested that we come up with more achievable goals that year and we both agreed to abstain from eating Brussels sprouts, which is on the order of declining to eat a bag of nails.

So on the day after Christmas this year I found myself trying to come up with something simple and achievable that could apply to Americans generally.  I was reminded of Ronald Reagan’s famous 1964 “A Time For Choosing” speech in which he said, “There are no easy answers, but there are simple answers.”

“Well fine, then” I thought, “that makes a muddy masterpiece of my attempt at a clear prescription.” But since I’m in the mood to peruse various speeches, I remembered reading a memorable passage from one of Mark Twain’s remarks. It was a January 1906 speech on the 25th anniversary of the founding of the Tuskegee Institute by Booker T. Washington, in which Twain observed that, “There are two kinds of Christian morals, one private and the other public. These two,” he added, “are so distinct, so unrelated, that they are no more akin to each other than are archangels and politicians.” He continued:

During three hundred and sixty-three days in the year the American citizen is true to his Christian private morals, and keeps undefiled the nation’s character at its best and highest; then in the other two days of the year he leaves his Christian private morals at home and carries his Christian public morals to the tax office and the polls, and does the best he can to damage and undo his whole year’s faithful and righteous work. Without a blush he will vote for an unclean boss if that boss is his party’s Moses, without compunction he will vote against the best man in the whole land if he is on the other ticket. Every year in a number of cities and States he helps put corrupt men in office, whereas if he would but throw away his Christian public morals, and carry his Christian private morals to the polls, he could promptly purify the public service and make the possession of office a high and honorable distinction.

Reagan was correct, of course, as was Twain. The simple answer would be for politicians and citizens alike to bring their private morality to the polls and to matters of civic consequence. For instance, I’ve known friends and family members who practice charity toward stranger and neighbor alike; who give generously to charitable causes and who treat everyone with dignity and grace without regard to ethnicity, sex, or pigmentation.

It would simply never occur to them to confiscate something from a neighbor to give to a third party because the Biblical injunction is, “Sell your possessions, and give to the needy,” not appropriate someone else’s possessions and redistribute them as you like. These are people who daily live out Dr. King’s dream of an America where people, “…are not judged by the color of their skin, but by the content of their character.” In their private lives, they really do strive to treat others as they themselves would like to be treated. They are patriotic. They are frugal, they work hard, play by the rules and pay their own way.

Then on election day they repent. Having misplaced their sackcloth and ashes, they find the nearest election precinct and rain hell on one and all. No contradiction is too blatant, no consequence too painful as they cram officialdom with a division insufferable asses.

Frugal in private, they install swindlers and reprobates to withdraw your earnings and purchase favors. In their own lives they treat everyone with dignity and without prejudice, and then elect to public office unprincipled quacks who divide the citizenry according to pigmentation and announce that the color of a person’s skin determines the content of their character. Unfailingly patriotic in private, they excavate geriatric pushovers to alienate America’s allies and encourage her enemies. Industrious and fair minded at home and work, they vote in swindlers and impostors who construct one system of spoils for the favored few and a ubiquitous web of iron-clad rules for the rest.

Not only are the results as predictable as the sunrise and as disastrous as predicted, but those with the audacity to observe and remark on the calamity are castigated from the highest office in the land as residing in the fever swamps of, “semi-fascism.” They are called racists and threats to democracy. In short, they’re accused of evert defect in which their critics have earned a PhD.

There is only one answer, and as Ronald Reagan observed, it is disarmingly simple, though not necessarily easy. Why shouldn’t a citizen, as Twain posited, “….throw away his Christian public morals, and carry his Christian private morals to the polls?” If it is sensible that a private household live within their means, why should it be a heresy for the nation to do so? If it is prudent and safe for a citizens to secure their homes and accept invited guests only, why is it blasphemy for them to insist that their representatives in government do the same for the country?

And when those who occupy elected office belittle, slander and harass those who would hold them to the same standards of responsibility and decency as any household in the country, why not show them to the nearest exit? It would restore sanity to society, accountability to public office, and it would be infinitely more satisfying than a bowl of Brussels sprouts.