This latest omnibus spending package is just one more nail in the coffin of the American way of life. Forget about the details. The good news is six months from now, this will all fade, like trying to remember a nightmare a half hour after you wake up. Has anyone been talking about the Deficit Reduction Act lately?

I’m a simple man. I need to wrap my head around these figures with some simple math. Any small business owner has one thing in common. You need to control the money flow. The first thing I noticed when trying to crunch these federal dollars is online mortgage calculators can’t handle all those zeros. So, all my numbers will only be in billions because any dollar on the federal level, less than a billion, is insignificant.

The feds and all the talking heads love to muddy the waters, not only with such large numbers, but also confusing funding vs. revenue, borrowing, smoke and mirrors, etc. What it comes down to is every dollar spent needs to be paid by an American citizen at some point. The straight up taxes are obvious. Our unseen contributions come from every corporation that must pass the cost down to the consumer, otherwise, why be in business if you can’t make money? For instance, I program drinking water systems. My costs and fees have gone up. Your water bill will go up proportionally to match.

Because some of these bills are spread over years, don’t forget we are still paying for previous years and the future will pay for this year.

Congress loves to separate mandatory spending vs. discretionary spending. I don’t know anyone that contributes very much to discretionary taxes. Well, outside of my wife’s occasional scratch ticket. It’s okay because whenever she buys one and tells me, she wins. There is only one balance that counts. How much money went out.

debt elevator. A budget that has a deficit every year is an insane, unrealistic, fictitious, so-called budget! It reminds me of the bald kid in the Matrix, “Do not try and bend the spoon, that’s impossible. Instead, only try to realize the truth … There is no spoon.” 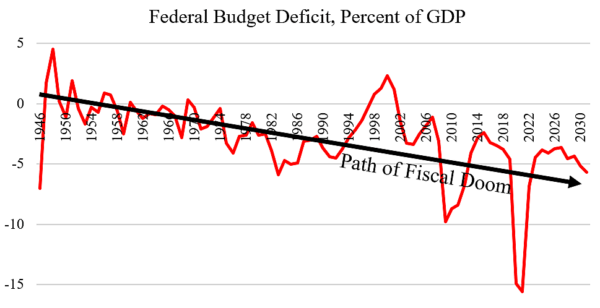 If you add your 2022 federal taxes along with all your inflated costs contributing to federal revenue, how much of that pays off your $63,000 tax burden? I’m sure most of us have not reached that threshold.

Compared to previous years this $63k per person is high. It is my guess, in future years, it will be low. There will come a time when we can no longer service the interest on these loans. A further watering down of our currency is inevitable. Our 401k’s have already lost half their buying power with inflation and lost returns. We are on a straight path to becoming Venezuela. It’s only a matter of time.