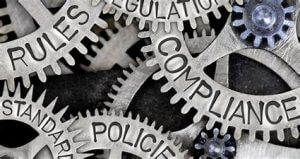 Seeing a mass of armed, uniformed men called into a movement by a single, laconic demand, one inevitably began to grow curious about the individuals that made it up. The outstanding property you discover, is the readiness with which he can change personalities. For example, follow a couple of soldiers off duty down the street, any street in Germany. You admire their bronzed, smiling faces and the way they walk loosely and gracefully as athletes. They’re completely human beings.

This is the story of an American student, working his way overseas in 1936 to visit Europe. The cheapest country for his cash is Germany, which just unveiled an interesting new government. Our student is curious and proceeds with the backing of a journalistic education and support of teachers and friends.

The excerpt is from The Last Train From Berlin by Howard K. Smith, copyright 1942. Let’s continue from the same book.

Suddenly, a certain stimulus is applied to the objects of study – called the stimulus of officers in sight.  In an instant, the two soldiers freeze into solid blocks of machinery;  lightning-like they snap their arms, in unison to their caps, and their faces harden and lose expression.  The stimulus is removed, the officer passes and the young men collapse into humanity in an instant, as though nothing happened.

I just started this book, sent to me by my sister at Christmas. She kept talking about it, her comment being, “this is what is happening now!” I said I wanted to read it. I’m only on page 12. Oddly, I mentioned this book a couple of months ago to my new Jewish neighbors at a neighborhood party. The author rang a bell. He googled his name. Yes — he said, he was an ABC correspondent in the 1960s. He shared with me that his Ukrainian mother perished in a concentration camp. Although Christian, I am also of Ukrainian descent. My ancestors made it out.

On the parade grounds outside the barracks, you stand and watch fifty or sixty drilling.  Since you have lived there several weeks, you know they are human beings.  But on parade ground, they have switched off humanity and are being trained for several hours at being machines.  They react to incomprehensible, monosyllabic commands as a new slot machine reacts to a shiny coin.  They are simply having their reflexes drilled, so they can move without thinking.

On stimulus one, they snap to rigid attention.  On stimulus two, they present arms.  One stimulus three, all like a single machine, raise their left legs high before them and begin goose-stepping.   And you know that if stimulus four did not stop them, reaction three would carry them off a cliff, and on the way down to the abyss, their expressionless faces would not change, and their legs would click up and down in the air like a mechanical toy until they crashed at the bottom.

Oddly, at another neighborhood Christmas party, as I was talking about this book, my neighbor said, “funny you mentioned that book and author. I just listened to a podcast where it was mentioned!”

I had a thought. Substitute the military commands that turned human beings into machines into the dings of a cell phone text or a Facebook alert. Suddenly, the phone becomes the commander, or the media, or the entertainment world, with the latest propaganda being slopped up onto invisible plates:

These new and improved procedures seem to chip away at humanness by removing bits and pieces of freedom, slowly at first, then the process seems normal and becomes permanent.

Snap to attention says the ding and swoosh — a new message — a new alert or crisis! Suddenly, human beings become expressionless machines, unable to think critically. There’s no army to observe – no uniforms. It’s invisible, but the conditioning is not. It’s observable.

We went to a Panera restaurant for lunch on Christmas Eve. The young man with his lip piercings asked “for here or to go?” I said hello. He paused and said hello. I said how are you? He stepped back and seemed disoriented. He said, “I’m ok. Wow! I’m sorry, but most people just launch into their menu items.” His whole, expressionless face changed into a smile and he relaxed. They were out of everything he said, but he steered me, after apologizing, to the Bahia Bowl, which I highly recommend. I guess for a brief moment, he felt like a human being.

I suspect this book will inspire more posts. But for now, it’s already been food for thought for me.