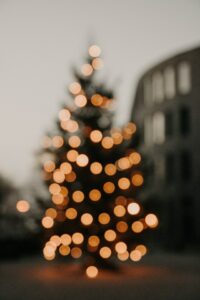 Over the past 4 to 6 weeks, I’ve had a hard time seeing out of my left eye. You might say, “Then just use your right!” right? Not so fast, sister … I have mono-vision, and my left eye is my reading books eye … my reading music eye … my designing eye … my photography eye, etc. It’s my whole life eye. No, I don’t drive that much, so my right eye isn’t as important to me except when I’m at the archery range. Then, it really matters. But I haven’t been there for a while because of other things … you know … family stuff. Kid stuff. Mom stuff. I actually think I’m doing penance for having a career that kept me away from home for ten years … it’s catching up to me now.

Warning to moms. Don’t fall for the rationalist’s thinking that kids are resilient. They can be, but if you’re not there in the early years, they’ll miss out on those things that only a mom can instill in them; things that give them the confidence needed to weather the storms of middle school, high school, and the first three semesters of college. Not to mention pandemics and lockdowns.

My eyesight. It’s pretty important to me. In fact, of all the physical maladies I might suffer in old age, losing my eyesight is the number 1 most dreaded, and developing rheumatoid arthritis in my hands is the number 2 most dreaded. As long as I can see and play the piano and work on my computer to write and design, I think I can handle whatever else comes my way. Oh, and I need my hearing too. Just saying.

So when I started seeing little black specks cross my vision and then flashing sparks of light to my left and then full coverage grey curtains darkening my left eye with a really spooky kind of shadow … AND the floaty party in the center of my vision that made it impossible to focus … well, I began catastrophizing. Five minutes later I initiated a little ongoing Q&A session with the Almighty, which at first wasn’t as productive as I’d hoped, but then He started getting through my thick skull, which I didn’t like so much either because He was pointing out something that was a little hard to swallow, so I distracted myself for an entire afternoon on Ancestry.com.

I felt better after that.

And I immediately began searching for a solution to the various problems I would eventually face, starting with the first challenge: writing.

The answer? Become a podcaster. So I started asking others questions and pretending I was asking for a friend and got all kinds of good ideas which would have been helpful if I was actually compelled to be a podcaster, but in reality I was really just biding my time with distractions until I could accept what I knew to be the truth.

So I started imagining myself as a podcaster talking about whatever’s on my mind (which sounds like a good podcast title to me), and at first it was cool because I’m really funny and make people laugh. But that didn’t last for long because as I thought about it, this little voice started saying things like, “Why would anyone want to hear what you have to say?” and “You don’t have anything to say that’s any different from what anyone else is saying … you’re wasting your time,” and “You don’t have any ideas that are relevant.”

And then the final kicker, “You’re not relevant.”

I’m no prodigal son (at least not anymore), but this whole eye thing seems a mad method of pushing me to the end of myself. Have you been there before? It’s not an easy trip, but once you arrive, things get really quiet. Like with Elijah in 1 Kings 19:

I distinctly remember hearing Him ask me the same question. “What are you doing here?”

Let me tell you something. When God asks you a question, you know the answer right away. It’s very weird, but it has this super-power way of clearing the noise and confusion.

My answer was, “I guess I’m trying to impress You with all the cool things I can do. And that’s not what You want, is it.”

So, at that point, I resigned myself to losing my eyesight and thought of all the people who lead amazing lives with their disabilities, and decided I was going to walk directly into the fray trusting that God knows what He’s doing better than I do, and that He has a plan.

As for the eyesight issue, I went to the doctor. The doctor seemed pretty concerned but couldn’t get me in to see an optometrist for one of those fancy scans that would show whether it was true that I would be blind at some point; any point too soon for my taste. So, I took things into my own hands (one last time, please?) and called the local box store optometrist and begged for an appointment and they said yes and I went in and got the fancy scan.

The box store optometrist confirmed that yes, in fact, I am in the beginning stages of a disease and it was good that I came in and that all the symptoms I described are, in fact, legit.

But it’s going to go away.

And I’ll be fine.

All of that to get me to stop chasing the mantel of relevancy and instead start trusting Him to put me to work on what He wants and needs and desires for His glory and relevancy. I know this: only then will I find a settled focus and an otherworldly sense of peace.

But I still feel this: I must be doing something all the time to be relevant and worthwhile.

If I let my feelings advise me, I’ll continue to drive myself from one distraction to the next, looking for my spot.

I stand in liminal space.

Merry Christmas to all of my Ricochet compadres. Love you.