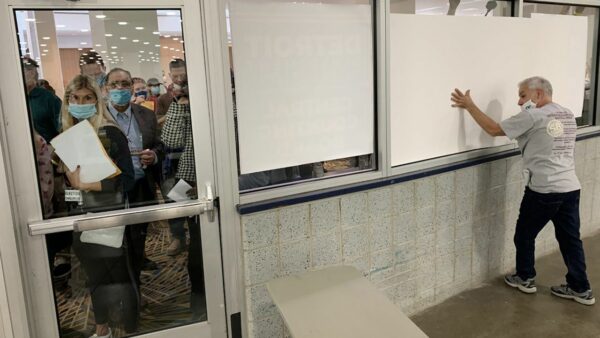 Our elections are an embarrassing third-world mess.

On top of that, there’s no mechanism to test or improve the accuracy of elections. Nobody’s even talking about improving them.  And every change that gets implemented makes the system more susceptible to fraud.  (Like that wasn’t the whole point.)

The Silicon Valley entrepreneur in me sees every problem as a business opportunity.  I’ve posted twice before about a potential voting machine startup company, first as an application for blockchain technology, and second as a voting system that uses software technology to verify accuracy.

But now I’m thinking that’s the wrong approach.  That the very idea of a “voting machine” is broken.  That the direction of the nation should not be in the hands of a weird mystery machine.

So I’ll present a new suggestion. It would be great if folks could chime in with ideas.

I think the biggest obstacles to a fair election are:

None of this is necessary.

Once the paper ballots have been scanned, an open-source tabulating software app could run through the image files, interpret the dots, and count the votes very, very quickly.  This would eliminate the tabulating machines.

Multiple independent tabulating apps could be certified and run through the images simultaneously, and their results would have to agree within a tiny margin of error.

The scanned images would be publicly available online for transparency, and to assist in the development and improvement of tabulating software.

The ballot scanning would be performed at the local precinct, using an off-the-shelf scanner. This avoids the central scanning operation. The voter gets a ballot, fills it out, scans it, approves the scan image, and places the ballot in the box.

Almost no humans are involved in the counting process. And no adjudication is necessary.  Maybe just for write-in candidates.

So this is a proposal that gets rid of voting machines, uses regular scanners to scan ballots at the local precinct, and the tabulation process can be an open book online.  It’s fully transparent, involves much less labor, uses familiar off-the-shelf hardware, and anybody can run a recount any time on the publicly available ballot images.

An added point that was brought up in the comments:

How do you get it adopted?

Well, I haven’t seen anybody propose a viable alternative other than hand counting (which would still be open to fraud).  So this stands as a workable example.