The other day my son and I went to Powell’s Books. They have six stores in the Portland Metro area. Fortunately, they have one of those stores in Washington County.

Although this miniature metropolis does not have its own airport, it does have an “embassy” inside the Portland International Airport. Powell’s Books at PDX and six other outlets located throughout the metro area complete the Powell’s Books family, with specialty stores for gardening, home renovation, and advanced sciences, for a grand total of over 4 million books, all available through the website.

Powell’s is probably the largest independent bookstore in the world. The downtown store offers a map of the store. If I had to pick just one thing in downtown that is worth visiting it would be Powell’s. I never leave Powell’s without taking home one or more books. 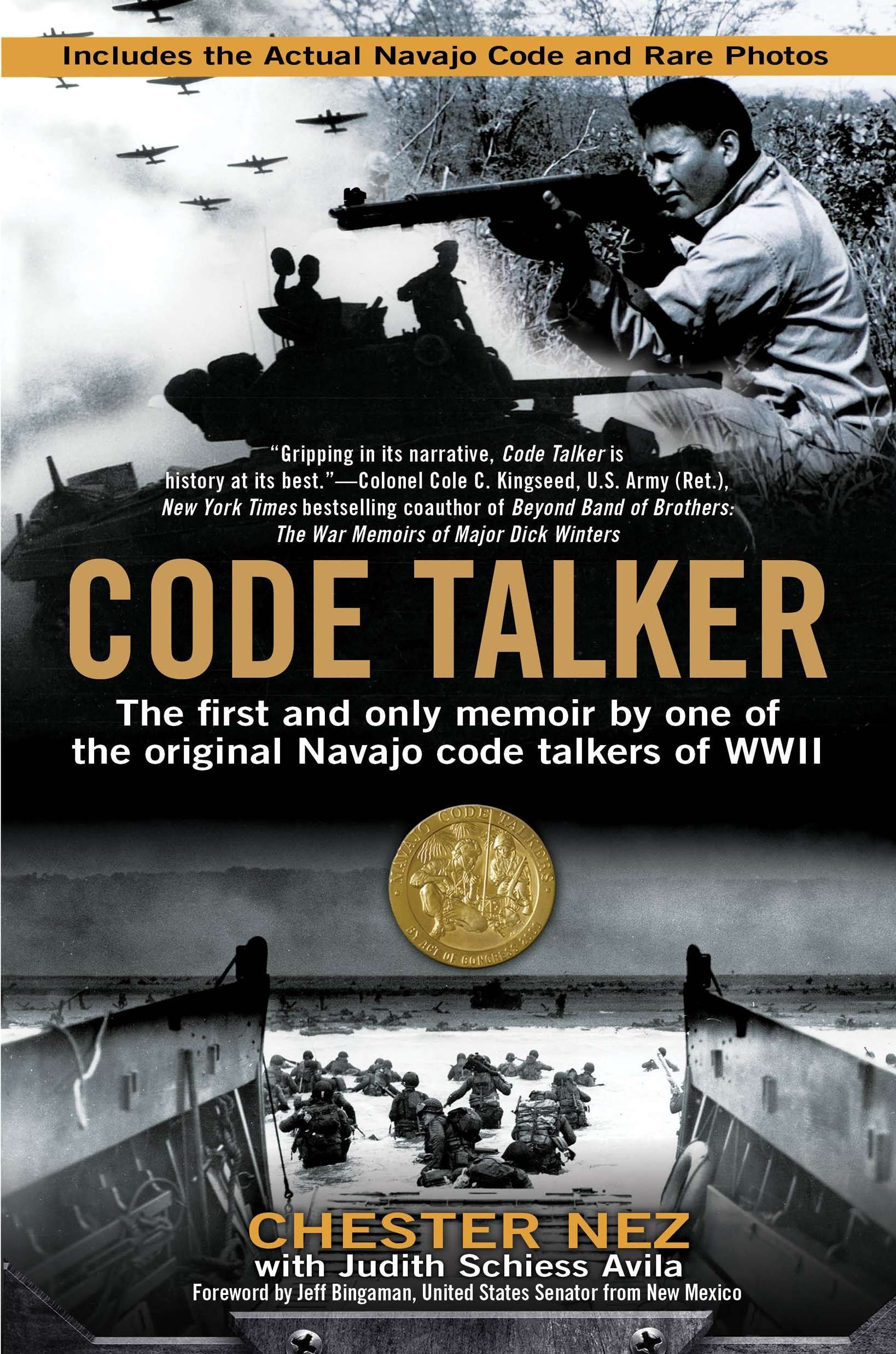 I found a copy of Code Talker, “the first and only memoir by one of the original Navajo code talkers of WWII” according to the publisher.

Chester Nez, one of the twenty-nine original code talkers, offers this memoir of his life, before, during and after WWII. It is a treasure, and so is he. – United States Senator Jeff Bingaman of New Mexico

The Navajo code was declassified in 1968, and it was the only code that was never broken during WWII.

The Navajo Nation includes land in Arizona, Utah, and New Mexico. It has a land area of 27,413 square miles. It is larger than the State of West Virginia and if it was a state, it would the 41st largest state in the US.

I’m no hero. I just wanted to serve my country.

I’m looking forward to spending some time reading his story over the Thanksgiving holiday.

The original 29 Code Talkers have passed away. About 400 Navajo Marines became Code Talkers by the end of WWII.