It was great to be cruising again, and to be on an NRI cruise.  Although neutral observer and I have been on a few NR cruises, this was our first NRI cruise.  The difference?  The NR cruises had a lot more speakers and panel sessions.  Even with the reduced number, we had a lot of fun and learned a lot.  First of all, we had a near-continuous Ricochet Meetup underway.  I don’t have the ten-Ricochetti dinner pictures, so someone else will have to post those.  Here we go: 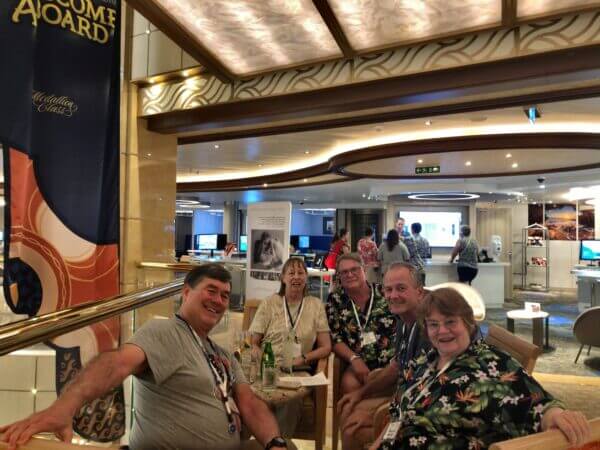 Left to right, we have Stad, neutral observer, Bob Herring, GLDIII, and Red Herring.  The picture was taken at the bar (no shicker there) by the stylish main atrium: 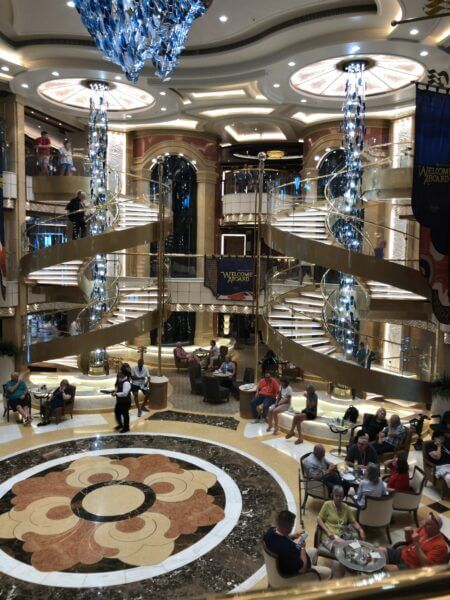 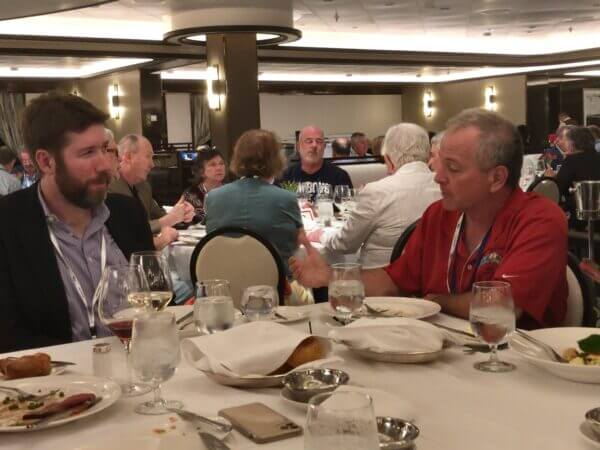 Our next guest speaker was none other than Andrew McCarthy.  Here is neutral observer trying to figure out how to ditch me and head to Andy’s cabin: 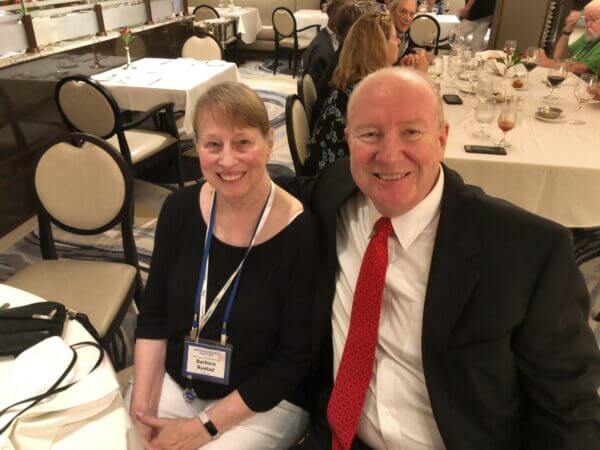 Finally, we had not only dinner, but breakfast that morning with Veronique de Rugy: 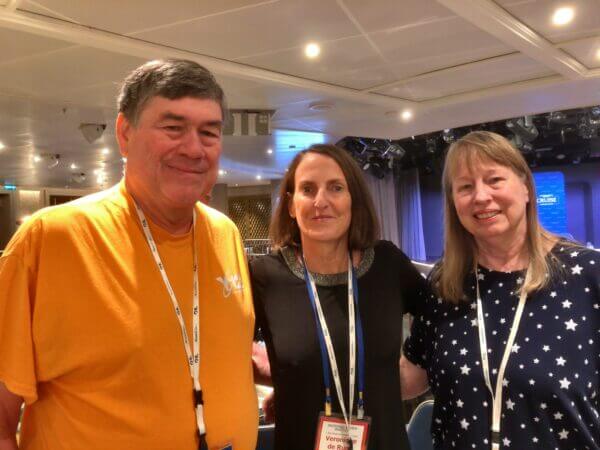 Charles was his usual reserved former British self, but Andy and Veronique were a lot more open and animated when they discussed their passions: the law and economics, respectively.  The three also shared many personal stories, some hilarious, others more somber.  Bottom line?  All of the guest speakers were approachable, very warm, and personable.

As for the Ricochetti, let’s just say there was a challenge to break the limit on our beverage packages, which included alcohol.  I’m sad to report neither I nor neutral observer was able to break it (too old, I guess).  Fellow Rico-shipmates can leave their excuses in the comment section . . .

Oh, the parties!  There was a kickoff cocktail party, a cigar smoker, and a farewell cocktail party.  Here is a picture from the farewell party (again, fellow cruisers – post your pics!): 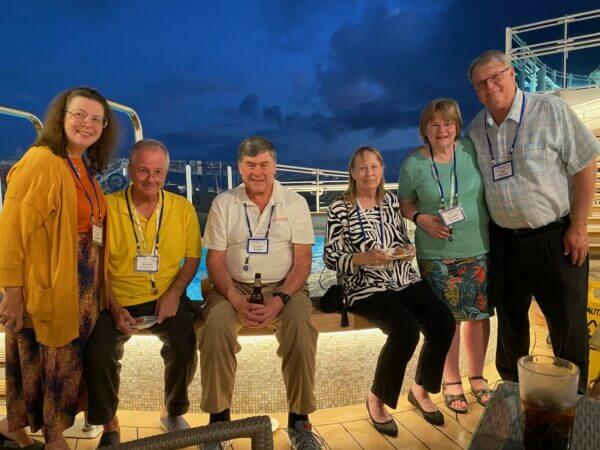 The bottom line?  Cruising is back in general, and it looks like the NRI cruises are returning.  No word on a regular NR cruise, but it’s a possibility if they can rope the NRI President, Lindsay Craig into doing it.  Oh!  She’s a sweetheart, and was ready to join in the fun even though she had a job to do.  I highly recommend NRI cruises, as you get to meet and hear from people who have done or are currently doing great things.