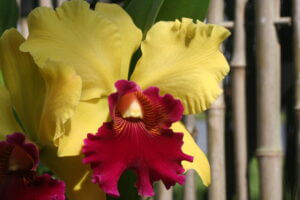 Eight years have passed since I first came to Ricochet. I’ve seen people come and go, masterful writers regale us with their talents, and lots of variety in our posts. In the elections since 2016, I’ve read people’s complaints, laments, positions and preferences. I often participated in those discussions, because I wanted to be knowledgeable about the election process, the candidates, and the criteria for choosing a candidate. I learned a lot, about how others thought and about my own thinking.

But I’m tired. Even though for the most part people are civil, I’m tired of reading the same old arguments, over and over again. I empathize with lots of people: many of us are in the challenging position of expressing ourselves clearly, of persuading others that we have legitimate arguments. Every now and then, I’ll see a thoughtful post on elections that stimulates my imagination, but often the OP finds the path of least resistance, and we go down the same road. I realize that I can choose not to read a post, and that’s what I do.

Today was probably not the best day to write this OP; I don’t feel well (verified by all the typos in my comments on your posts). Maybe I just need a chance to vent. Maybe I’m worried that I’m running out of creative juices. Or that I’m running out of creative juices that will generate posts that interest you. Maybe I miss your posts that tell personal stories (which give me the delightful opportunity to get to know you better). Maybe I miss the historical posts, or topical posts that speak to the issues of the day—that aren’t blatantly about elections.

I’m not sure what is going on in my head or my heart.

I do know that I’m very fond of many of you. I love the bantering that goes on; that tells me that you know me well enough to tease me. You are almost always thoughtful in your criticism and feedback. What else can I ask of my friends?!

Don’t worry. I’m not going anywhere. In a very deep sense, there is nowhere I’d rather be. But I think, for starters, I will probably avoid posts that are clearly political, and I know that’s not going to keep anyone awake at night. I’m hoping that over the next two years leading up to the election, we will have some insightful, personal, beautiful posts that will inspire and feed our souls. I will certainly try to do that.

Meanwhile, thanks for hearing me out.