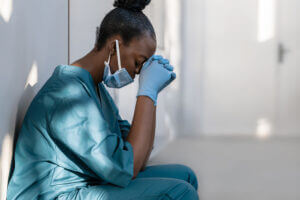 One of the things I appreciated most during my 30 years practicing medicine in Community Hospital ERs was that there, race just didn’t matter very much. ERs were open to all and there was one standard of care for all races and classes.

That was then. Today a wave of intolerant wokeness is sweeping over the house of medicine, insisting that medicine is shot through with systemic racism and that research and education efforts must be diverted from medical science to “dismantling white supremacy” in medicine.

The Association of American Medical Colleges recently introduced their new Diversity, Equity, and Inclusion (DEI) guidelines, which require that all medical students be taught to practice “allyship” when “witnessing injustice such as microaggressions.”

Residents should use their more advanced knowledge of intersectionality in making clinical decisions. (Just when you thought that race-based medical protocols were in our dark past.). Faculty are charged with teaching how “systems of power, privilege and oppression inform policies and practices.”

Medical schools are enthusiastically falling in line. Examples abound. In 2021 the Anti-racism Task Force at Columbia and the Diversity Task Force at Indiana University, joined by the University of Texas and other medical schools, endorsed the recommended AAMC “competencies.” “Health equity” concepts have become a prominent component of medical education.

The University of North Carolina is one of many schools that not only teach “social justice” and “anti-racism,” but use medical school applications to ensure compliance with principles of diversity in race, gender, and sexual orientation. Applicants who demonstrate reluctance toward the DEI agenda are weeded out in the application process. Oregon Health and Science University faculty are among those evaluated on their “DEA, anti-racism and social justice core competencies” in performance appraisals.

The University of Arizona is on board too, with some additional twists. All faculty and staff are required to complete six hours of DEI training and complete one Implicit Association Test annually (in spite of its dubious relevance). Each of 17 clinical departments is required to hold three DEI credit-eligible events per year. All departments also have designated “diversity champions” to oversee compliance and round up laggards.

This is bad, very bad news for medical education, for future doctors, and their patients. Even before DEI was a thing, the quality of medical instruction had been in decline. Incoming students are less qualified and fail rates on board exams are climbing, partly because some students from groups that have been historically underserved are either allowed to skip the Medical College Admissions Test or are admitted with lower scores than those required from white and Asian applicants.

But instead of beefing up instruction in anatomy, physiology, and other disciplines that might come in handy when actually practicing medicine, medical schools are spending instructional time on such matters as white privilege and anti-racism, including critical race theory.

CRT includes the notion that that white people are inherently prejudiced against people of color and that there really is nothing they can do but acknowledge their defect, apologize and grant compensating privileges to people of contrasting skin color, who by definition are incapable of bigotry. Dissenters from this new orthodoxy can be accused of “micro-aggressions” and “repressive practices” with ominous repercussions for their careers.

This intellectual intolerance also extends to those skeptical of “gender-affirming care” for adolescents, the new practice of providing permanent medical and surgical alterations to gender-confused school children, so that they can for the rest of their lives pretend to be the gender they choose when a teen. What could go wrong?

Several countries, including the UK, Sweden, and France, are now pulling back from relying on the judgments of impressionable adolescents for such drastic remediation, but dissenters in the US are still punished.

Medical educators who teach students that racism and mutilation are okay when officially approved should humbly recall the history of their own profession. Modern medicine has been of immeasurable benefit to mankind. But when evidence-based science is ignored and authority replaces free inquiry, bad things happen.

Bleeding and purging, eugenics, thalidomide, lobotomies, and nonsterile wound probing are among the historical results. It is the duty of the medical profession to protect us from such horrors, not promote them.