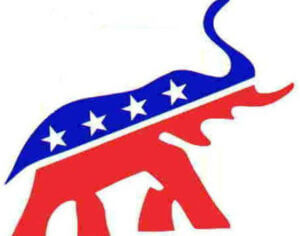 Fox News has had small groups of Democrats on their programs who are testifying that they are voting for Republicans this time around, even though they were devout Democrat voters in the past. They name the usual areas of unhappiness: inflation, crime, and the borders. I’m glad to see them coming around. But I would like to see the interviewers asking more in-depth questions, not to persuade these voters to become Republicans, but just to pique their curiosity about the Republican positions. Here are some of the follow-on questions I’d like to ask:

Me: So, you’ve decided to vote for Republicans this time. I assume that means you hold the Biden Administration and the Democrats around the country responsible for the poor state of our nation. Is that a fair assumption?

Them: (Expect some version of “yes.”)

Me: To what degree do you think the poor decisions by the Democrats are driven by the Progressive wing of the party?

Me: Do you anticipate the Progressives will continue these policies, or will they pull back now that they’ve seen the results?

Me: If the Republicans have some success over the next two years in the areas that you identify as problematic, what would that tell you about the Republican policies?

Them: (Some version of “they seem to be working—so far.”)

Me: If the Republicans have some success, but the Democrats continue to condemn them, how will that affect your political viewpoints?

Me: If in the next two years Republicans have some success in terms of reducing crime, reducing inflation, and securing the border, how do you think your vote will be affected for the 2024 election?

Them: (Confusion and defensiveness)

Me: Thank you for your honesty and candor.

My goal in having this discussion would not be to persuade anyone of anything. I realize that their only measure of success may be extremely positive outcomes. Instead of winning them over, I’m trying to create a little gap in their traditional certainty about their positions, about Democrats and about Republicans. I would love to see confusion—they can either decide to dig into their Democrat/Progressive positions even further. Or they may start to consider that it’s time to reconsider their priorities and vote to support them. I will hope for the latter choice.

Steve Hayward on the Ricochet podcast said that he thinks Progressives will double down, and I think he’s right, which will damage their credibility even more. My hope is that Democrats realize that possible outcome, too, and watch it unfold.

The future of the country may depend on it.