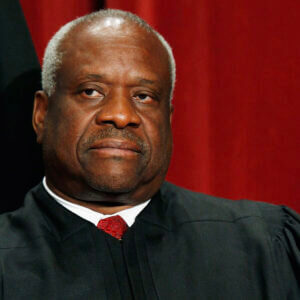 MR. PARK: Diversity is our nation’s greatest source of strength, but as our Reconstruction founders understood and our nation’s history confirms, it also poses unique challenges to the American experiment. We live in a large and sometimes unwieldy democracy, and for that democracy to flourish, people of all different backgrounds and perspectives have to learn to live together and unite in common purpose….

JUSTICE THOMAS: Mr. Park, I’ve heard the word “diversity” quite a few times, and I don’t have a clue what it means.…I’d like you to give us a specific definition of diversity in the context of the University of North Carolina. And I’d also like you to give us a clear idea of exactly what the educational benefits of diversity at the University of North Carolina would be.

MR. PARK: …And so we value diversity of all different kinds in all the ways that people differ in our society. On — on the educational benefits question, Your Honor, I don’t think it’s actually disputed here that there are real and meaningful educational benefits that come with diversity of all kinds. SFFA’s own expert…conceded and agreed enthusiastically, in fact, on the stand that a racially diverse and a diverse — diversity of all kinds leads to “a deeper and richer learning environment,” leads to more creative thinking and exchange of ideas, and, critically, reduced bias between people of different backgrounds and not solely for racial backgrounds.

JUSTICE THOMAS: But you still haven’t given me the educational benefits…

MR. PARK: …I would direct the Court to the Major American Businesses brief, which discussesa whole extensive, rigorous peer-reviewed literature that diverse groups of people actually perform at a higher level. So the most concrete possible scenario is — is stock trading, and there are studies that find that racially diverse groups of people making trading decisions perform at a higher level, make more efficient trading decisions. And the mechanism there is that it reduces group think and people have longer and more sustained disagreement, and that leads to a more efficient outcome.

Is there any statement more demonstrative of groupthink on university campuses than the claim that “diversity is our nation’s greatest strength?” Mr. Park thinks it such a strong foundation for his argument that he leads with it. And yet Justice Thomas immediately illuminates the cracks in that foundation by noting the absence of any concrete definition of the term “diversity.” If I could have followed Justice Thomas in questioning Mr. Park, I would have asked whether the University of North Carolina (UNC) actually believes any of his arguments about aiming for more creative thinking, the exchange of ideas, and reduced groupthink.

I don’t want to pick on UNC, and I think I am fairly safe in attributing its arguments to most other highly selective public and private universities in the United States. Strategically, SFFA has brought lawsuits against Harvard and UNC to challenge the use of affirmative action at private institutions of higher learning under Title VI of the Civil Rights Act of 1964 as well as at public institutions under Title VI and the Equal Protection Clause of the Fourteenth Amendment.*

We’re all well aware that college admissions commonly rely on vague goals of diversity to justify their use of race in admissions decisions. In addition, UNC and many other colleges require faculty and students to complete diversity, equity, and inclusion training. If a student or faculty member makes it onto any campus without having fully committed to the DEI worldview, then most universities today will make every effort to ensure that unbelievers are brought into alignment with the “correct” ideas. DEI training efforts are so common that the website “Critical Race Training in Education” was created to track all such programs across the country.

Returning to my doubt about Mr. Park’s and UNC’s good faith in arguing for a diverse kind of diversity, as opposed to simple racial diversity, I would ask whether DEI training programs could serve to undermine the professed goal of fostering diverse views and avoiding groupthink on campus. I believe I am correct in stating that the oral arguments did not address such an issue. The elevation of diversity as a primary institutional goal has largely demoted the original missions of these schools to the extent that it is only logical to question their educational benefits. Universities – as the word “university” suggests – were founded to be wholly dedicated to the pursuit of one thing, i.e., truth, with the entire institution turned toward a single goal. Now these schools openly profess that they are made stronger by turning toward the goal of difference. Regardless of the legal requirements of the Civil Rights Act or the Constitution, the new mission of universities has the effect of discouraging applicants who don’t seek to be educated to think differently in exactly the same way.

Since my oldest child is applying to colleges this fall, we have faced the dilemma of whether to apply to schools where the commitment to DEI is so intense as to be off-putting. Dartmouth was at the top of the list of colleges to which my daughter wanted to apply, until we attended a virtual information session a few months ago. The Zoom call started with an indigenous land acknowledgment and was immediately followed by a declaration that racism still exists and we all need to do more to make change. Of course, the admissions representatives had pronouns after their names. After those formalities were completed, the admissions team and a couple of students conducted the meeting normally. None of them seemed to ask whether they should encourage Dartmouth to simply dissolve and give back the land to the indigenous people who were wronged in 1769 by the college’s founding. None of them wondered whether their film classes focused on racism weren’t leading them to seek out racism where none actually exists. The “student of color” worried about lack of acceptance while touting the many organizations available to herself and other similar students. No one asked if the students at Dartmouth weren’t, in fact, members of a small club of the most privileged people ever to get a college degree, regardless of their race. After an hour of listening to those privileged students and smug gatekeepers, the only thing I wondered was why I would ever want to send my daughter (and my money) to Dartmouth for four years.**

** I am curious to know whether @peterrobinson would like to “acknowledge the colonial origin of Dartmouth College, founded for the education of Native American youth and occupying the lands of the Abenaki and other Algonquin peoples. All the work that takes place [there] rests on the forceful appropriation of their lands by European settlers.“