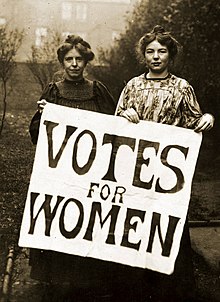 Yeah. Let’s have another post on this subject. My own refers to a substack post by one Emily (funny, that) Burns, which appears here. Her point is that Emily (“Never Mind”) Oster’s Atlantic screed begging for ‘COVID amnesty’ is merely “another cynical attempt to ask women to forget the harms of the last few years.”

The political establishment—left and right—want desperately to move on, to pretend the last 30 months didn’t happen. With very few exceptions (Ron DeSantis, Kirsti Noem, Rand Paul, Kevin Massie, Ron Johnson, and a few others, later), they betrayed their core values. Many Republicans and so-called Libertarians quickly capitulated the primacy and importance of individual liberties. Whereas supposedly equality-loving democrats embraced policies that in no uncertain terms screwed women, children and the poor.  The 2020 democrat campaign slogan might as well have been “protect the rich, infect the poor.”

I’d add to that list: the very sick, and the very old.  Both of which I have personal experience with.

First, let’s be clear to whom Emily Oster is speaking. She’s speaking to the furious well-educated suburban women who are swinging towards Republicans in this cycle, even in the bluest of states. Because it was the bluest of states that were hit hardest by these policies. It was in blue states that the schools were closed longest, that the economic devastation was worst, that crime spiked the most, where masks were required longest. The damage done by these policies is at its beginning, not its end. Dr. Oster, would like these women to believe that it was all just a mistake, a misunderstanding, and remember that it is the Republicans who are looking to limit their freedoms. That while democrats had no problem sacrificing the well-being of your living children for three years in support political power, it is Republicans that pose a true threat to you as a woman.

I’d love to quote more, but I think that would be beyond the boundaries of fair use.  So, please read the whole thing, here.

Emily [Oster] is asking us to forgive a mistake. There was no mistake. There was a political calculation that harmed us, but even more, that harmed our children. The harm was considered acceptable because those who undertook it, took the votes of women for granted. They assumed they could lie and manipulate us into believing these harms were necessary, or barring that, unintentional. If we, as women, want our votes to be courted in the future by either party, we must vote to punish the past three years treachery.

I devoutly hope the Burns is right, and that the Oster’s screed is the result of terror and panic on the Left. And that those women with sense to do so will see through it and react accordingly.