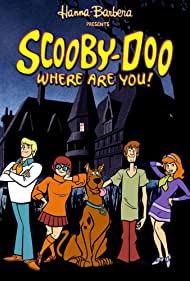 Today is my birthday (sure, fill the comments with well-wishes), and on such days I reflect on important touchstones of my life. Such as the debut of a TV show about a crime-solving canine.

As a kid, I loved monsters. Particularly the Universal Movie Monsters (Frankenstein’s Monster, Dracula, the Mummy, the Wolf Man, etc.), but the problem was, I rarely got to see any horror movies. They tended to play past my bedtime (8 p.m.), and even when they played during daytime hours, my parents sometimes refused permission to watch.

There was the daytime soap opera, Dark Shadows, which I loved, but was banned when it gave my older brother nightmares. The one time I could see my dark heroes was early on Sunday morning, before church, when KGO played Abbott and Costello films, and the comedy team would meet Frankenstein or the Invisible Man or Jekyll and Hyde. (Sadly, they rotated with Ma and Pa Kettle and Francis the Talking Mule films… and Bud and Lou didn’t always meet monsters.)

Then in 1969, something pretty great happened. I was at a friend’s house and CBS ran a special (as was their custom back in the day) about the new cartoons premiering that season. And to the delight of my seven-year-old (very soon to be eight-year-old heart), they showed clips from a new show titled Scooby Doo, Where Are You?

The preview made it clear that there would be ghosts and ghouls and monsters every week in this new cartoon. Happily, my parents didn’t monitor my Saturday morning cartoon watching. They either slept late or were busy with projects. My brother and I could agree this new show was worth a watch. And we kept watching. I loved the show, albeit with reservations.

Of course, Scooby and Shaggy were comedy gold. They were cowards in the business of solving mysteries. Such a humorous juxtaposition. AND they were always hungry, so their fear could be overcome with a Scooby snack and/or pizza. (Scooby loved his snacks, but wouldn’t mind eating a pizza. And Shaggy wasn’t above eating a doggy treat.)

Fred and Daphne and Velma were fine. Velma’s great comic bit was losing her glasses and awkwardly searching for them (making for an easy act of imitation, once I was a teen with glasses of my own.)

My one problem with the show was the monsters were never real. At the end of the show, it was always revealed that the banshee or poltergeist was really Old Farmer Simmons or Rich Banker Jones. Admittedly, the reveal was always done with panache, as Fred pulled the mask and the villain cursed the meddling kids that foiled his plan to find the treasure or lower the price of real estate.

But I wanted the monsters to be real! That was my one complaint.

Eventually, Scooby would encounter real monsters in the movie Scooby-Doo on Zombie Island, but that was in 1998, and by that time I have to admit I had moved on.

One thing I never wondered about when I first watched that show back in the day was the sexuality of any of the characters. Sure, when we talked about the show in high school, we all agreed that Fred must be gay from his lack of interest in the incredibly hot Daphne. And that Velma was probably a lesbian. (And that Shaggy might be smoking something funny in the van when no one was looking, explaining the munchies.)

But when I watched that first wonderful, magical season of Scooby, even during the musical interludes (with songs like “Daydreaming…I’m in love with an ostrich“), I never once wondered whether any of the characters would have participated in the Stonewall riots because they hadn’t happened yet.

You will be so relieved to know that young children will no longer be ignorant about the most important of matters. In the new film, Trick or Treat, Scooby Doo, will officially out Velma as a lesbian.