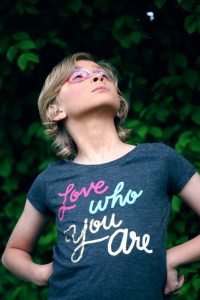 Vanderbilt University has proven itself to be corrupt and greedy regarding gender treatment for minors. Most recently, they bragged about profits from these procedures and their efforts to force staff to participate. And the Tennessee legislature responded through a letter:

The letter comes after videos on social media of a Vanderbilt doctor describing the surgeries as a ‘huge money maker’ for the hospital went viral. Another video shows a staff member saying there would be ‘consequences’ for employees who decline to participate in these mutilative surgeries.

‘While those 18-years and older are recognized as legal adults and free to make decisions in their best interest, it is an egregious error of judgment that an institution as highly respected as Vanderbilt would condone (and promote) harmful and irreversible procedures for minor children in the name of profit,’ the letter said.

[ Rep. Jason] Zachary also reiterated that Vanderbilt and its affiliates should honor its employees’ religious and conscientious objections to opt out of performing certain surgeries and procedures.

Since there are multiple definitions of “gender affirming care,” I’ve included this one for your review:

Don’t you feel reassured now? Of course, much of this definition is distorted and misleading regarding science and the facts.

Other state legislatures are beginning to realize that they can use the power of the purse to stop these radical procedures in publicly funded facilities. Under pressure from the Oklahoma state legislature, threatening to block as much as $108.5 million in federal funds, the University of Oklahoma responded:

Legislators made discontinuing ‘gender reassignment medical treatment’ for children under 18 a stipulation for the medical facilities to receive funds from the federal American Rescue Plan Act. The act allocated about $39.4 million for a children’s behavioral health hospital in Oklahoma City.

The bill passed this past Friday and is awaiting Gov. Kevin Stitt’s signature.

The state legislatures that have been working on legislation include Ohio, Kansas, Missouri, South Carolina, Alabama, Arizona, New Hampshire, Wisconsin, Florida, Louisiana, Idaho, Utah, and Mississippi. They have seen various levels of success in the process; some bills have died in committee, been vetoed, or voted down.

Many medical organizations support these procedures, including the American Academy of Pediatrics. But there are plenty of other advocates:

Ultimately, ‘protecting’ trans youth requires allowing them to access medical care that permits them to live according to their own definitions of themselves, rather than the definitions ascribed to them by politicians whose goal is not protection, but suppression of children whose identities threaten their worldview. Perhaps lawmakers will one day realize this. But for now, the issue of gender-affirming healthcare for trans youth remains a heated battleground in the culture war, with the rights of thousands of children once again subject to political will.

The irony of this statement is that the Harvard Business Review believes that children are capable of “living according to the definitions of themselves,” but they must be protected from ignorant politicians.

Never wanting to miss an opportunity to interfere with states’ rights, the Department of Justice has threatened to take action:

In a letter to all state attorneys general, sent on Transgender Day of Visibility (TDOV), the Department of Justice (DOJ) asserted that state laws preventing trans minors from accessing gender-affirming care — by blocking parents or guardians from following a medical professional’s advice, as states like Texas and Arkansas have attempted — may infringe on the 14th Amendment’s equal protection and due process clauses.

‘It’s probably the most powerful and progressive step we’ve seen on transgender rights ever from the federal government, at least today,’ said Ezra Ishmael Young, who teaches constitutional law at Cornell Law School.

My response to the state legislatures that are taking action against gender affirming practices is that they will face an uphill battle, but I think it’s worth it. Those of us who live in states with Republican-majority legislatures must let them know that they have a duty to our citizens—parents and children alike—to fight this abomination of practices. The medical community has lost its mind and its ethics; the schools are a disgrace; even some of our religious organizations have collapsed under the social pressures to comply.

Let’s hope that more legislatures fight to submit these bills, multiple times if need be.

Who else will protect the children?