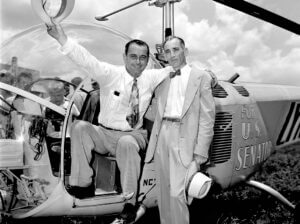 Lyndon Johnson during his 1948 Senate Run where his margin of victory came from counties now comprising TX 28.

Our next race pits long-term Democrat incumbent Henry Cuellar against the young but fairly experienced Cassy Garcia, who was second-in-command managing Ted Cruz’s district office statewide. The Texas 28th is a district that hugs along the border with Mexico and takes in Laredo.

In 1948, a couple of these border counties gave Lyndon Johnson his margin of victory in his run for US Senate by 87 votes. Lyndon’s pal Abe Fortas, who he eventually appointed to the Supreme Court, was able to successfully stop investigation into the illegality of some of the voting in these border counties, where voters were accustomed to a shot of tequila and some cash for casting their ballots. And in the precincts that Lyndon won by the largest margins, they voted in alphabetical order and in the same hand. What a coincidence! On the bright side, this district and its Hispanic population have been shifting heavily to the right, giving Trump some of his best performances in 2020 among heavily Hispanic counties. This district currently has a three-point advantage for Democrats in party identification. 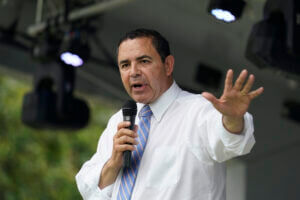 It is unclear how much longer Cuellar can survive as the nominee of his party, which is drifting leftward. He barely won his nomination in 2022 against a progressive challenger eking out a narrow 289-vote win. Cuellar was also the subject of an FBI raid this January from a probe relating to Azerbaijan, however, there have been no charges against him at this point.

Cuellar usually is a lock with the border patrol endorsement, until this year when his GOP challenger, Cassy Garcia, has ripped that rug out from under him. The New York Times has already begun attacking her as a “far-right Latina,” which she has begun wearing as a badge of honor on many television appearances. 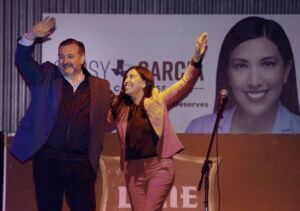 Cassy should have a strong understanding of her district as someone who previously worked as Ted Cruz’s deputy state director. She was also appointed by President Trump in 2020 to serve on the White House Hispanic Prosperity Initiative. Before working for Cruz, she got her start working for the Texas Commissioner of Agriculture.

Cassy has a good on-air personality and has enough familiarity with politics and the district that she should be able to avoid a lot of the pitfalls and errors first-time candidates experience. Her experience as deputy state director under Ted Cruz should give her a depth of knowledge of the district that could propel her to victory. 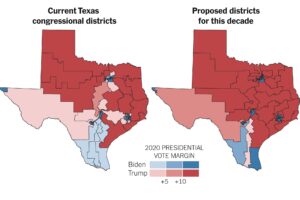 She is up against an able and veteran campaigner in Cuellar, one whose ability to survive shouldn’t be taken lightly. But Cuellar is somewhat wounded coming out of his primary. He has also burned through a large portion of his war chest. Cuellar has only $12k more in cash on hand than the relatively new Garcia.

Cuellar had to spend $4.5 million to hold on barely in his primary. Cassy put up respectable numbers for her primary fundraising ($692k) but will need to kick it up a notch considerably to take on a well-connected, established Cuellar. Hopefully, Cassy can finish the job the progressive left attempted and send Cuellar into retirement.

For more, check out our deeper dive into TX 28: