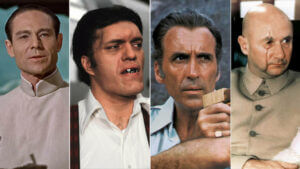 Now, again, he’s one of my closest friends, so naturally I’ll tend to defend him.  But I strongly disagreed with her in principle, as well, so I responded with a “Dad lecture” that my kids are probably used to at this point:  “What?  You think that good people don’t do bad things?  Is that what you think?  So good people do good things and bad people do bad things?  That’s it?  Look – that’s just not how the world works, kiddo.  That’s why James Bond movies seem so ridiculous – that’s how they’re written, and it doesn’t seem real.  Because it’s not.  Human nature is not as simple as that.  That’s the whole point of the Bible.  We’re all sinners, just doing the best we can.  C’mon.  That’s why it’s so important to resist the temptation to judge those who sin differently than you do.  Leave that to God.  Us mortals are all just sinners, doing the best we can.”

I could hear her eye roll over the phone.  But whatever.

Such simplistic views of human nature are dangerous.  Even when I was an idiot jock in college (back in the ’80s), I was struck by the left’s strategy of declaring white-on-black racism to be the ultimate evil.  Which means that blacks are incapable of evil.  And when they declare, “Let he who is without sin cast the first stone,” that means that all blacks can cast as many stones as they like.  This simple trick elevated a Democrat voter block to divine status and power. 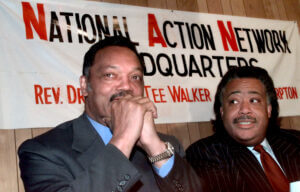 And there was nothing that Republicans could do to combat this.  Absolutely nothing.

That was 35 years ago.  It’s gotten much worse now.  As you might expect.

Our kids learn in schools, and movies, and in news media, and social media, and so on, that bad people do bad things.  They don’t study the Bible and Shakespeare.  They read incendiary Twitter posts and watch James Bond movies.  Evil people doing evil things.  Good people doing good things.

Then, when news media, social media, etc., declare that any thoughts that don’t align with Democrat policy initiatives of the day are not just distasteful, but evil – that means that all Republicans are evil.  They’re saying evil things.  That makes them evil.  Obviously.

Then the kid thinks, why would you consider compromising with pure evil?  All you can get is half evil, then, and as a good person, you wouldn’t consider such a thing, of course. 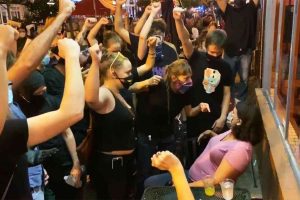 So there is no limit to how viciously you can treat Republicans, or even insufficiently ideologically pure Democrats.  Up to and including social exclusion and violence.

There is a reason that political violence is a feature of the left, and not the right.

It’s easy to judge him – he did something horrible.  But it’s a mistake to simply dismiss him as a bad person, while I am a good person.  Each of us needs to remember that we’re capable of horrible things, ourselves, under the right circumstances.  Dismissing bad deeds as simply the actions of bad people, unlike us – that’s a dangerous mistake. 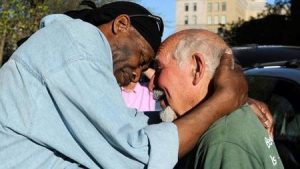 This is the genius of Christianity.  We’re all God’s children.  We’re all sinners.  We have a lot in common – even with those with whom we disagree.  We should focus on all that we have in common.  And leave the rest up to God.

If we can’t see the good in people, even in those with whom we disagree, then our society will become more partisan, divided, and violent.

On the other hand, you won’t get such an acknowledgment from the news media, or anyone else on the left.  Because they want to leverage the social divisions they create to concentrate power on the left, and exclude those who take a different view from polite society. 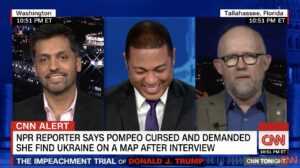 When the news media sounds more like James Bond than Shakespeare, you know they’re up to something.  Such simplistic representations of human nature don’t even sound real, but they persist with portraying the whole world this way, and hoping that their audience can suspend their disbelief.

It would be easier to just acknowledge reality.  But they don’t.

We all need to remember that bad people are capable of good, just as we are capable of bad.  Losing track of this simple truth makes for intolerant, arrogant people, and divided, violent societies.