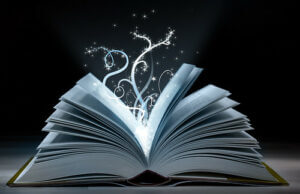 “The ordinary modes of human thinking are magical, religious, social, and personal. We want our wishes to come true; we want the universe to care about us; we want the approval of those around us; we want to get even with that s.o.b. who insulted us at the last tribal council. For most people, wanting to know the cold truth about the world is way, way down the list.”– John Derbyshire

I am starting to think that every social ‘science’ can either be understood through tabletop RPGs or Russian Literature. Mage: The Ascension is a tabletop RPG that explains the post-modernism and current Wokeism by describing a fictional universe of magic.

Perhaps the most fascinating things about Mage: The Ascension is its take on science and the technology that utilizes it. Apparently, reality in the Mage universe isn’t static and neither are physical laws. Much of reality, if not all of it is as debatable as what gender you are on a university campus. Regular people are referred to as sleepers and conventional physics are whatever sleepers think it is. Mages are people who realize that an intense application of will can alter the rules of reality. So your cellphone doesn’t work because it followers the natural rules of the physical universe. It works because people agree that the engineers and tech geeks know what they are talking about. Mages are like shamans or voodoo doctors who can ask spirits to make your sword stronger in battle or to make your crops grow with vigor.

Now you may be asking me, “Henry. What does all this nerdy MAGE stuff have to do with Wokism or science.” Well, everything actually. All these stories relate to magical thinking.

The Magic of Sacrifice

Why do environmentalists believe that windmills and solar panels will fix everything? Because they think that sacrifice and belief will change the physical realities on the ground. Real science nerds do all the calculations about how much it would take to transfer to a green economy and then they touch their glasses (anime meme) and explain how getting rid of fossil fuels without nuclear energy will lead to food shortages that make Venezuelan agriculture look like Ukrainian wheat farms without Russian intervention. The environmentalist response to all these stubborn facts is that they just don’t care enough. This makes sense from a magical and religious point of view.

In the movie, Memoir of a Geisha, the titular character sacrifices a sum of money that can buy a week’s worth of food to a benevolent god. She does this despite the fact that she is quite poor. She does this because she needs to make a serious sacrifice in order to get a serious return on her divine investment. How many times have you heard leftists say that we could cure cancer if we only spent a few more hundreds of billions on research? That policy position comes from the religious notion of sacrifice.

Quite often, the more powerful spells in the game need some sort of sacrifice to work. Usually, you have to spend money to get super fancy ingredients and a few days doing rituals. But the more extreme spells included physical dismemberment. Eating bugs in order to cast the spell to make the world healthy.

It is not uncommon throughout the ancient world to think that the poor and the dispossessed deserve their suffering somehow. As old as this idea is, I shall show that it never really went away. Just check out Job 4 with Eliphaz the Temanite.

Remember, I pray thee, who ever perished, being innocent? or where were the righteous cut off? Even as I have seen, they that plow iniquity, and sow wickedness, reap the same. By the blast of God they perish, and by the breath of his nostrils are they consumed. The roaring of the lion, and the voice of the fierce lion, and the teeth of the young lions, are broken.

Eliphaz the Temanite isn’t an unusual character. Romans and Vikings thought that slavery was justified by nature and most Hindu and some Buddhist theology has a disturbing idea that the poorer castes deserve their misery.

Science, economics, and the enlightenment suggest that the material universe doesn’t act morally. The forces of the weather sometimes create hurricanes that hurt people who live in climates that are conducive to hurricanes. The morals and behaviour of the hurricane victims aren’t relevant according to the enlightened view.

Compare that with global warming. Environmentalists clearly view global warming and any adverse weather phenomenon with the Earth Goddess Gaea punishing us for our transgressions. It reminds me of Renaissance European peasants who, under the plague, went around whipping themselves and burning down synagogues because they thought G-d was mad at them. Greens want to harass oil executives and make you live without air conditions and eat bugs. In both situations, the unrighteous must be punished and the totems of evil (Jews or fossil fuels) must be excised before the divine punishes us.

The Power of Magic Words 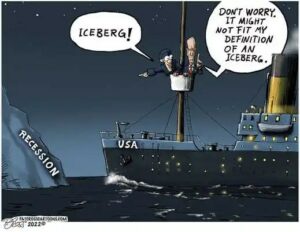 Speaking magic words was also a common part of magic throughout world history. Take, for example, the European ritual of a black mass. In medieval times, some would pay a corrupt priest to recite the funeral rites of your enemy so he can trick the angels and the spirits into believing that your enemy is dead. How this works with G-d knowing and judging everything I haven’t the slightest idea, but it was a thing that happened.

Names were believed to possess great power in the East as well. Bruce Lee had a girl’s name, I believe, to confuse evil spirits. Depending on how someone is named, fate might change for them according to Chinese superstition.

Many illiterate tribes refused to tell outsiders their real names because knowing someone’s name can give you power over them. Demons can be exorcised if you know their real name in Christian traditions.

It is pretty safe to say that names are very important things whenever humanity uses magical thinking. This brings us to the Left’s obsession with names.

The most obvious obsession is dead-naming. The similarities, even in the term itself, are uncanny as a Spiderman comic book. When someone changes their name, they can become a different gender. However, when someone uses another person’s dead name, they are conjuring the gender of who they were previously. This is why leftists are so freaked out about deadnaming and consider it violence (check out the Triggernometry interview). According to the Mage rules, a consensus needs to be established or transgender people will detransition through name magic. Noticeably, more conservative trans people seem to be much less freaked out by deadnaming.

However, recent events have also shown the superstitious fear that the left holds concerning names. Illegal immigrants into undocumented people or migrants. Buying people tickets to Martha’s Vineyard is human trafficking and Republicans worried about election security are fascists and the economy isn’t actually in a recession.

Leftism is often described as a religion and I believe that interpretation. I wrote one of Dr. Bastiat’s favorite Ricochet essays of that year about the subject after all. However, Leftism is far more than a replacement for religion. It is a replacement for community for patriotism and tribalism and, as I have discussed in this essay, magical and emotional thinking.

We will never get rid of human nature unless we undergo generations of genetic engineering and even then I suspect the wisdom of the Bible, Aesop’s fables, and Shakespeare will still be relevant. Mark Twain said “History Doesn’t Repeat Itself, but It Often Rhymes.” As Christianity and Judaism fade from the Left, even the superstitions that attend to those beliefs are transferred to the religion of Wokeism. While I don’t much care for any superstitions, at least religions can offer some guidance and mitigation to the worst parts of superstition. Wokeism has no such history.