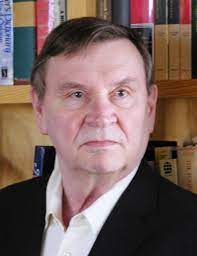 I just learned recently that Rodney Stark died in July. If you’re not familiar with Stark, he was a church historian. For most of his career, he described himself as an agnostic, but his research for the most part displayed the Christian church in a very favorable light.

One of his first major works was 1996’s The Rise of Christianity (subtitled either “A Sociologist Reconsiders History” or “How the Obscure, Marginal Jesus Movement Became the Dominant Religious Force in the Western World in a Few Centuries.” He wasn’t a fan of brevity in titles.) In that book, he made very countercultural arguments for the rise of the Christian faith. The reasons he proposed for the religion’s growth included Christians’ willingness to care for the sick, valuing the role of women in worship and life, opposition to abortion and infanticide, and courage in the face of persecution. His basic premise was that people choose Christianity because it improved the quality of their lives.

2005’s The Victory of Reason: How Christianity Led to Freedom, Capitalism, and Western Success was certainly in opposition to the New Atheists’ arguments that religion hampered civilization. Stark argued that the growth of the Christian church (both the Roman Catholic Church and the Protestant reformation) led to great advances in economics, science, education, and political freedom. This argument doesn’t sit well with the modern liberal worldview.

2015’s The Triumph of Faith: Why The World Is More Religious Than Ever, again was scholarly evidence that countered the New Atheists’ belief that the world progresses by leaving belief in God behind. The book shows that the world’s populations are becoming more, not less, religious. 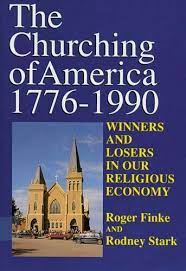 I appreciate the scholarship of all these works, but none of them changed my life. Another of his books did, though: 1992’s The Churching of America 1776-1992: Winners and Losers in Our Religious Economy. Among other arguments made in the book, Stark and co-author Roger Finke claim that religious faith has prospered in the United States more than in Europe because of the entrepreneurial nature of the church in America. Instead of one state church, people in America had a variety of denominations and churches to choose from. That freedom of choice, they argue, has led to a healthier faith in the United States.

I read the second edition of this book, which came out in 2005. It sparked my curiosity about how God uses that variety in churches to do His work, so in 2014, I started a blog. Every week My wife Mindy and I visited a different church and wrote about it. We aimed for variety in the churches we visited; different denominations, different sizes of churches, different ethnicities, etc. We limited ourselves to Christian churches – we didn’t write about synagogues or mosques.

In 2016, we embarked on the adventure of visiting (and writing about) a church in every state. The idea for that trip was sparked by Stark and Finke’s book, and it was one of the best years of my life. (We ended up writing a book about the trip.)  I’m grateful to Stark for it.

Rodney Stark was a great scholar, and his work is well worth reading. But I didn’t know another interesting biographical fact about him until I learned about his death. Though he had been an agnostic for years, he became a believer later in his life (he called himself an “Independent Christian.”) I can’t help but think God used his years of research to bring him to faith.

Thank you, Rodney Stark, for keeping the history of the Church alive in a world that would happily forget it.