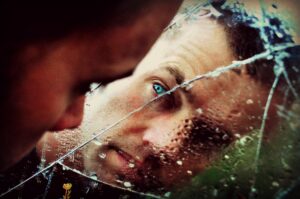 One of the great advances of medicine in the 20th century was the ability to accurately diagnose patients. It is something we take for granted today. Indeed, when the story is about a misdiagnosis, it makes the news “I was told I had bug bite, now it is Stage IV Cancer!” The New York Post loves these. We know if we can get a correct diagnosis, there can often be the correct treatment, or at least, we know there is no good treatment but the knowledge itself confers power. This works great for many medical issues. It does not work as well for mental illness.

What we diagnose today as mental illnesses are really syndromes. A syndrome is defined as a group of symptoms that consistently occur together, or a condition characterized by a set of associated symptoms. That’s not really the same as swab culture and finding out you have a strep throat infection. The symptoms of strep throat together are the syndrome. The definitive diagnosis comes from the test. Now, doctors don’t need the test, because, let’s face it, the symptoms of strep throat are pretty similar between people, but we can be sure.

In a mental illness, there is no blood test. There is no brain scan. There is no looking at neurotransmitter levels. There are symptoms. Oh, brain scans can show “features associated with …” and we know that increasing serotonin tends to increase mood. In some people. For some depressions. Maybe. Of course, the level in serotonin varies from person to person, and one person can have lower levels than another and not be depressed. What we have is a cluster of symptoms as a starting point. These get redefined. When I started out 30 years ago, doctors talked about “Agitated Depression.” This was when someone had low mood, lack of interest in pleasure, and often hopelessness but did not have depression’s normal lack of energy. This is not called “Agitated Depression” any longer. Today that is “Bipolar Mixed State.” Same group of symptoms, different syndrome.

When it comes to treatment, there is a wide range of various medications and therapy techniques. We can start with our diagnosis and try various things to see what works. It is not a science. Why is it that one antidepressant works for every member of a family but one? No one can really say. We have some gene testing that can point to how a person will be expected to metabolize some medications, but that is hyped more than it is actually effective. Finding the right medication is an art of trial and error. Of course, with therapy, there are many evidence-based practices that have a variety of proven effects. None of which will matter if the fit between the therapist and the client is poor (which is its own post, I think). Sometimes finding that right fit is also a challenge. And sometimes, the secondary benefits from the mental illness are “too good” to give up. Even when some people are miserable, they can hang on to the devil that they know.

This leaves us in a situation that is oddly modern and ancient. Before modern medicine, there was little good way to diagnose illness, and even when they got it, well, the treatments often ranged from ineffective to deadly. We are better off than that in mental health these days, but remember, lobotomies were a “Best Practice” in the mid-20th Century. Medical providers and therapists work with their clients to find the right approach. The client ends up doing the heavy lifting. Working on one’s mental health is not a passive experience.

As a therapist, I take mental health diagnoses by another provider as a starting point. Yes, I have to diagnose to make third-party payers (insurance) happy (though not for self-pay clients). Yes, it can be useful to know “This client has Bipolar I.” It will guide the questions I ask them about the past and inform the education I give them. It will not, however, be how I see them. They are not “Bipolar,” they have a “Bipolar disorder” and my job is to help them both learn to manage that illness and all the other parts of their life that are not reduced to meaningless due to a diagnosis.

I hope this rather high-level view helps. If you have specific questions, please ask them, and I am happy to respond.

Image from Jumpstory to which I have an account.