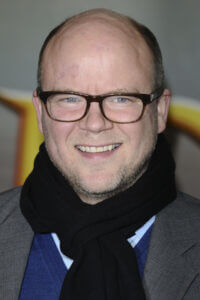 It was just after 6:30 in the evening as news spread that Her Majesty the Queen had passed at age 96. Toby Young, the English journalist and co-host of Ricochet’s London Calling podcast was in a crowded restaurant, ready to head off to an event for the Free Speech Union. He heard it from another patron. “An elderly woman, at the nearby table, just reached over and touched my arm to tell me… and that sort of thing never happens in this country. So, that tells you something about the impact of the news and what it means to people.”

This, the death of a monarch, is something that Englishmen have not experienced in over seven decades. It seemed that the Queen was near indestructible. Elizabeth “has been a great source of continuity and solace to the British people. She’s been there for so long. And I think her death will add to the general sense of foreboding that’s currently abroad in the country.”

Charles III, says Toby, has a difficult road ahead. “It’s true that Prince Charles isn’t held in anything like the esteem the Queen is. Perhaps not surprising because being the heir to the throne is a pretty thankless job. You’re preparing for a job your entire life that, in his case, you don’t get to do until your mid-70s, by which time most people have retired.”

“But I think he’s aware of the fact that he’s never going to be as popular or as loved as she was, and I think for that reason he will bring William into a very prominent role during his reign. He knows that William has a bit of that Royal magic that he lacks. He has a glamorous wife and a young family, which is endearing. I think Charles will offset any risk his unpopularity poses to the future of the monarchy by doing a job share with William.”

“Various countries have seceded from the Commonwealth in the past few years and there are republican movements in several Commonwealth countries — Australia, Canada — that will, I think, seize the opportunity – not today or not tomorrow – but in the months to come, to say, ‘Okay, now it’s time to break away from this antediluvian institution. It’s a relic of… the British Empire, and it’s time to sever the umbilical cord.’ So I think that will be Charles’s greatest challenge, to keep the Commonwealth together in the aftermath of the Queen’s death.”

During her years on the throne, Elizabeth never tried to appear outwardly political. Charles, on the other hand, has embraced the global warming and so-called “Net Zero” agenda. His first Prime Minister, Liz Truss, has been sceptical and with the specter of a cold and energy starved winter ahead, Truss lifted the national ban on fracking earlier this week.

“The tricky thing, I think, would be for Charles to remain as detached from the political moment as his mother has been able to do during a succession of prime minsters.

“Until now he’s managed to champion that cause without seeming to enter the political fray, because there’s been a good deal of consensus between the different political parties on doing something about climate change, such as reducing our carbon emissions to net zero by 2050. That was an objective shared by the big three political parties so was not contentious and Charles could promote it without seeming to be engaging in politics. But because it looks as though Ms. Truss is going to depart from that consensus – not dramatically but a little bit – that’s going to pose a real challenge for Charles. It is the big issue he’s made his own. Will he be able to leave it alone, to rise above it, remain completely neutral, which is essential if the monarchy is going to survive? We shall see.”