One of my axioms is that you never see a political sign reading “Both sides have some good points.” I’m the furthest thing from a leftist; frankly, the current Republican Party is too far left of plum for me. But even though I don’t often agree with liberals/Democrats/moderates, I can sometimes agree with their diagnosis, even if I disagree with their solution. Here are a few examples:

Police Reform. I have said before that I think police reform is an issue that should be done thoughtfully and intelligently, but that politicians are incapable of thoughtful, intelligent reforms. I have been proven right as every reform to date has simply been to stop catching criminals and letting the ones they previously caught out of prison. I am not in favor of defunding the police, but I think the structure of law enforcement is outdated (and this is also true of other institutions on our society). It really doesn’t make sense to have the same guys who chase murderers and drug dealers handle mental illness situations. And maybe separate training programs and units for distinct functions would not be a bad idea. Also, the police are way too militarized. I don’t see a need for any city of less than, maybe, half a million people to have a SWAT Team. Also, I think all police cars should be high-visibility vehicles like in Europe. 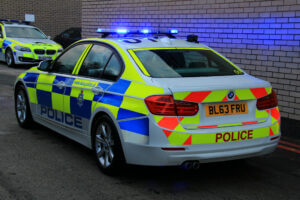 And, yeah, there needs to be a lot more independent oversight of police departments. No-Knock raids should be illegal. Also, the cops who shot Daniel Shaver, Ryan Whitaker, and Ismail Lopez should be in prison.

The Military Budget Is Bloated.  I did not always feel that way. What changed is seeing the military waste billions on overly complex, incredibly expensive, and ultimately ineffective or unnecessary weapons systems. Just to name a few, the F-35 fighter (“can’t climb, can’t turn, can’t run“), the Littoral Combat Ship, $5 Billion wasted on a “digital camouflage pattern” for Army uniforms that were less effective than the old pre-digital camouflage pattern. Or they spend billions on new, expensive, systems that they don’t need and that don’t work; like the “automatic” refueling system on the KC-46, or the magnetic launch system on the Ford-class carriers.  All of America’s ridiculously complex and expensive weapons were defeated by a few thousand goat herders with AK-47s and Toyota HiLuxes.  The military can get by with less costly, less complex weapons systems, and lose future wars at far lower cost to the taxpayer.

Wealthy People Should Pay More Taxes. Because, screw them, most of them vote for Democrats any way. Ideally, the Government would be cut back to levels that could be sustained at lower tax rates, but we all know that’s never going to happen. That being the case, lower-income quintiles should also pay more in taxes because everybody should have some skin in the game. Where I part company with liberals, is I really think the whole tax code should be thrown out in favor of a national sales tax and a flat tax.

There are probably a few other things. I would also agree about wealth inequality, but I have yet to see a policy solution that doesn’t lead to Venezuela. But I have very strong disagreements with them on their authoritarian policy proposals, Government-run health care, letting people get away with crimes and rioting,  mass immigration and open borders and… oh, what’s that other thing we disagree on? Oh yeah, brainwashing children into the Alphabet People Sex Cult.