This summer, an event occurred that you probably didn’t notice unless you are on Twitter enough for your family to consider staging an intervention.  It concerns one Ana Mardoll.  Mr. Mardoll (I have no idea what he was originally, but he now uses male pronouns, so I’ll just roll with it) apparently developed quite a following in the transgender community by castigating people for using the wrong pronouns to refer to him, the transgender community being the only place where you could be considered History’s Greatest Monster for assuming that someone named “Ana” who looks like this: 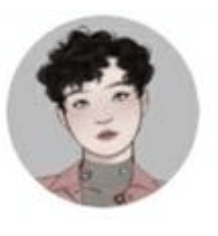 …should be referred to as “her” or “she”.  Over the summer, it came out that Mr. Mardoll works for none other than Lockheed Martin.  This caused a debate over him featuring two camps: one blaming him for everything wrong in the Middle East over the past twenty years, and the other insisting he’s blameless for just “surviving under capitalism” (the horror!).  In other words, two of the left’s core values, disdain for anything remotely related to the American military and a rejection of the idea that individuals (especially if they can claim membership in a “marginalized” group) have any responsibility for their own actions, came into conflict.

The real story is elsewhere.  This is clearly the military-industrial complex beta-testing a way to weaponize social-justice Twitter drama.  If, someday soon, the Russians are conned into spending their entire military budget on a GoFundMe for a trans-babushka who claimed she was jumped by two rednecks in Siberia at two in the morning who yelled out “This is Ukraine country!”, you heard it here first.

This concerns the illustrious BLM activist Shaun “Talcum X” King.  Mr. King recently bought a dog.  This would not be newsworthy, except that the dog is a Cane Corso (a type of Italian mastiff) that had recently won Best in Show at an American Kennel Club competition, that the dog cost $40,000 which King’s super PAC paid for, that (despite allegedly needing protection from “police, military snipers, and white supremacist groups”) King apparently returned the dog within a few weeks, and that King threatened to doxx the New York Post reporters who broke the story.

I do not claim any special expertise on dogs.  My family had a beagle when I was growing up, but that’s about it.  It seems to me that spending $40,000 on a show dog to serve as a guard dog would not be a good idea to an expert on home security or dog breeding, but would be a good idea to a stupid person with a lot of money, or someone with a bottomless supply of gullible donors. 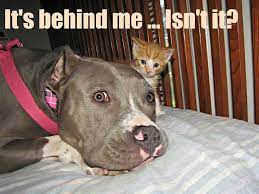 A pit bull contemplates being adopted by Shaun King (2022, colorized).