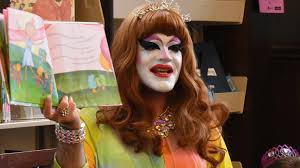 Every age needs a title.  In the current age, men can be women and women, men; CO2, a most essential compound (it fuels photosynthesis) at o.o412% of our atmosphere (it has, in fact, historically been much higher according to the fossil record) is said to be killing the planet; police are bad and criminals, victims; no share of the tax burden is fair enough for the rich; we trade expensive, unreliable, problematic, inefficient sources of energy (that are made of highly toxic, very rare and expensive materials that are difficult and energy-intensive to mine, process, manufacture and dispose of) for relatively cheap and abundant fossil fuels; sex is no longer private and perversions must be celebrated publicly; language is twisted and redefined to accommodate and color politics; government sponsors and funds the creation of Frankenstein viruses and then covers it up; experimental genetic therapies are forced upon the public in a magical assumption of efficacy (which proves completely false), etc.

This is our time, where reason and knowledge have been supplanted by technology; where education is sacrificed for conversion and obeisance; where even God can presumably accept infanticide and self-murder; where violent protest and destruction are protected political speech; where history can be torn down and irradicated from existence 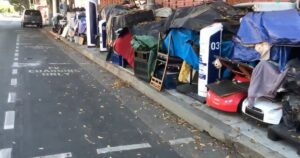 and where theft, violent crime, intoxication, indolence, and vagrantism are lifestyle choices subsidized by the government.

The rational, careful, modern technology age is in the past.  History is irrelevant.  Science is dead.  Words are violence. The only things that are relevant are a lived, emotional experience and screen time.

Welcome to the Irrational Age.