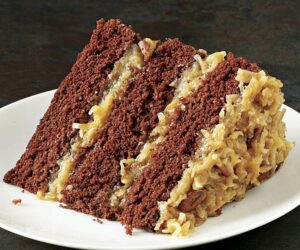 The great cities of the world all seem to have signature desserts. Paris is famous for its macarons. Rome loves its gelato. Buenos Aires is synonymous with dulce de leche, and Tokyo thrives on mochi. And here at home New York City worships cheesecake, Atlanta is enamored with peach cobbler, and you can’t leave a New Orleans eatery without ordering a beignet.

But there is one dessert that I’ve always felt was unquestionably the best in the world – well, at least in my world – and that was my Grandma Pearl’s German chocolate cake. Unfailingly moist, profoundly chocolaty, and never too sweet, it was deliciously drenched in that crazy coconut and pecan frosting with eight little decorative cherries she carefully placed around the rim. This was the stuff childhood dreams are made of. Pearl’s masterpiece was the highlight of every family festivity and the best dessert I’d ever eaten. Until.

Until I visited Vienna. And in one afternoon at the Sacher Hotel, Grandma Pearl’s 60-year reign came to an end. You see, I had a slice of the world-famous Sachertore and, as the song goes, nothing will ever be the same again. 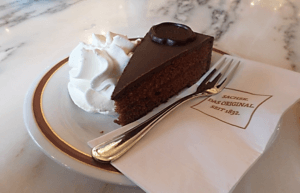 The Sachertorte is not just a piece of cake; it’s a travel destination. People come from all over the world to sample this 440-calories-per-slice wonder and now I understand why. The Sachertorte consists of several layers of dense chocolate cake with a thin layer of apricot jam on top and coated with dark chocolate icing. It must (MUST) be served with unsweetened whipped-by-hand cream. You can try to Google the recipe, but anything you find is fake news. The recipe is apparently in a high-security vault somewhere in Austria. That’s all anyone is willing to divulge, but this doesn’t mean people aren’t aggressively looking. (Why hasn’t someone made a video game out of this story?) 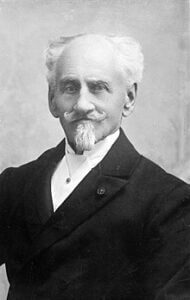 This piece of chocolate decadence was invented in 1832 by Franz Sacher in one of the greatest understudy-goes-on-for-the-star-and-is-discovered stories I’ve ever heard. Here it is. Franz is a 16-year-old kitchen apprentice who is asked to pinch hit for an important Vienna dinner when the head chef falls ill at the last minute. Franz improvises with what is available in the kitchen and, improbably, the cake of the century is born!  (Why hasn’t someone made a movie out of this story?)

I had my own rendezvous with a slice of Sachertorte on a wintry November afternoon last year during a lovely stay in Vienna that was filled with opera and Baroque palaces. I knew I needed to dress up for the occasion, so I pulled out my one pair of non-walking shoes and donned my sole scarf; I even put on earrings. I had to patiently wait about 45 minutes before I was seated in the elegant Sacher Hotel salon, but I snagged a seat by the window. When my date cake arrived, I made sure I ate it very, very slowly – in the time-honored Austrian manner – and sipped my kaffee politely, occasionally nodding at all the other people eating and sipping. I read somewhere it should take you a minimum of 30 minutes for the true Sachertorte experience. I am proud to say I clocked an impressive 43. I even decided to record the experience, probably so I could relive it again and again. Here it is: 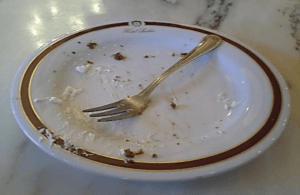 Sigh. The cake of the century, indeed. I only wish my Grandma Pearl could have enjoyed a slice with me.