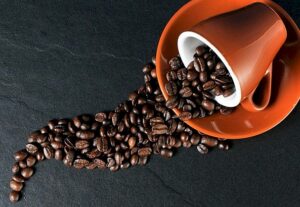 Alex Berenson, best-selling author and respected journalist working for–among other publications–the New York Times and the Denver Post, forged a new career for himself as an informed and articulate Covid-vaccine skeptic. He may be unique (I’m not sure) in that he sued Twitter shortly after they banned him from the platform in August of 2021, and as a result of the discovery that eventuated from that lawsuit (which was settled with his reinstatement and acknowledgment from Twitter that his banning was unnecessary and unwarranted in July of 2022), Berenson has a treasure trove of documents pertaining to internal Twitter discussions. He also received their communications with the White House and government officials, which show, among other things, the pressures that were brought to bear on Twitter from outside to target and ban Berenson especially (even though, it appears, Twitter itself didn’t believe his Tweets violated their standards).

On Substack, Berenson published some of this information in an article titled “The White House privately demanded Twitter ban me months before the company did so.” An excerpt:

Andrew Slavitt, senior advisor to President Biden’s Covid response team, complained specifically about me, according to a Twitter employee in another Slack conversation discussing the White House meeting.

“They really wanted to know about Alex Berenson,” the employee wrote. “Andy Slavitt suggested they had seen data viz [visualization] that had showed he was the epicenter of disinfo that radiated outwards to the persuadable public.”

According to an interview he gave to the Washington Post in June 2021, Slavitt worked directly with the most powerful officials in the federal government, including Ron Klain, President Biden’s chief of staff, and Biden himself.

The Slack conversations also show the pressure Twitter employees felt internally to respond to the government’s questions about whether the company was doing enough to suppress “misinformation” about Covid and the vaccines. An employee writes that the questions at the meeting were “pointed” but “mercifully, we had answers.”

At the time, employees said internally they did not believe I had broken the company’s rules. “I’ve taken a pretty close look at his account and I don’t think any of it’s violative,” an employee wrote on the Slack conversation a few minutes after the “really tough question about why Alex Berenson hasn’t been kicked off.”

But the pressure on Twitter to take action against me and other mRNA vaccine skeptics steadily increased after that April meeting, and especially in July and August, as the government began to consider the unprecedented step of mandating Covid vaccines for adults.

As Berenson notes, shortly after Joe Biden complained in July of 2021 that social media “misinformation” was “killing people,”** Twitter suspended Berenson’s account for the first time.

He promises more revelations with time. Grab the popcorn.

**I am not sure if this was at the same press conference in July 2021 in which Biden claimed that–if you were vaccinated–you would neither get, nor spread, Covid.  It may have been.