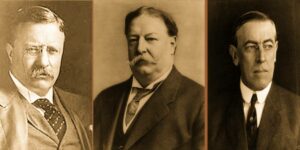 In the 1912 Presidential election, Democrat Woodrow Wilson ran against an incumbent Republican President (William Howard Taft) and a former Republican President (Teddy Roosevelt).  With the Republican vote split, Wilson won the Presidency with 42% of the vote.  When he ran for re-election in 1916, his opponent (Republican Charles Evans Hughes) was declared the victor of the race.  Wilson had lost his re-election bid.  But a week after the election, California found some more ballots somewhere, and surprisingly enough, most of them were for Wilson.  So a week after the election, California changed its election results to favor Wilson (by 3,806 votes), which then flipped the Electoral College in favor of Wilson.

In the 2000 Presidential Election, Republican George W. Bush ran against Democrat Al Gore (Gore famously focused his campaign on the theme, ‘strengthening the American family’).  Bush was declared the victor, but Florida was close.  So the recounts began.  And strangely enough, each recount resulted in more votes for Gore.  The media ran story after story about the recounts, wondering how many votes Gore would pick up in this next recount.  Strangely enough, the media never considered the possibility that Bush might gain some votes.  The Supreme Court ended this process before Florida could find enough votes for Gore to win, and Bush was named President. 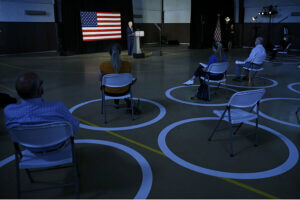 In the 2020 Presidential Election, Republican incumbent President Donald Trump ran against Joe Biden (seen in the adjacent picture speaking to a roaring crowd, brimming with enthusiasm).  The day after the election, the victor had not yet been decided because several states were still counting ballots for some reason.  Trump was leading in most of them, though, and it appeared that he would win the presidency.  But surprisingly enough, Biden came from behind in just enough of those states to win the Electoral College.

I’m not arguing that Democrats have a history of cheating in elections.  Facebook fact-checked that and found it was not true.  So forget that part.

That’s not my point, anyway.  I’m just considering this history as I think about the recent FBI raid on Donald Trump’s home.

Donald Trump is undoubtedly the most thoroughly investigated citizen in American history.  The FBI has been devoting seemingly limitless resources to various investigations covering various aspects of Trump’s life for at least six years.  Impeachment hearings, congressional hearings, attorneys, accountants, Democrat opposition research, and so on – there is no nook or cranny in Trump’s public or personal life that has not been dissected and studied, over and over again, by lots and lots of people, for years now.

So the idea that this raid will suddenly discover, well, anything, seems exceedingly unlikely.  And I would argue that if they had found anything at all that there would have been leaks to CNN and The New York Times by now. 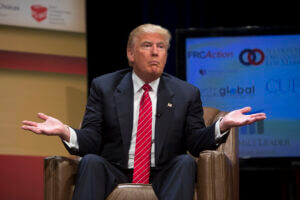 But that’s not my point, either.

My point is that the longer this goes on, the less likely that whatever crime the Democrats eventually accuse Trump of committing is going to be real.  I mean, come on.  If the FBI announces tomorrow that they found a million-dollar check from North Korea to Donald Trump in his desk during their raid, I will find that extremely difficult to believe.

He’s the most thoroughly investigated citizen in American history.  And now you’re going to find incriminating evidence lying around his house?

Just like the recounts in the elections of 1916 and 2000 and 2020 – the longer they went on, the more certain it became that the Democrat would eventually win.  Somehow.  Surprisingly enough. 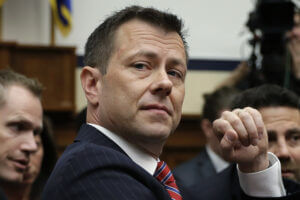 But after all these years, and all these investigations, at this point I think they’re much more likely to create something than to discover something.

They almost have to come up with something at some point, or else they’ll look pretty silly after all these investigations over all these years.  After all this, there’s really no way for the FBI and the rest of the Democrats’ troops to just come out and say, “Yeah, you know, we didn’t find anything.  He’s clean.  Forget we ever said anything.  We were wrong.  Sorry about that.”

No way.  So they’ve got to come up with something.  And if they had anything, we would have known years ago.  So at this point, I think the FBI has no other option but to create something.  Anything, really.

Perhaps I’m being too cynical here.