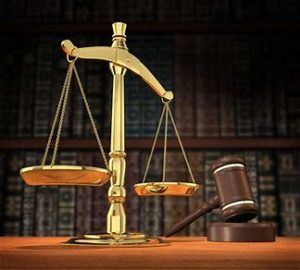 Something just shifted in the United States of America.  A former president’s home was just raided last night by “our” F.B.I.  Trump was supposedly in New York at the time.  His former wife just passed. They just had her funeral.  He and his children are still mourning.

Something I’ve just read conveys that former presidents are off limits by current presidents. They don’t criticize or bring charges.  Is this then, a first?

I’ve read, like other Americans, that they grabbed boxes from Mar-a-Lago, not even bothering to scour any contents.  What are they looking for?  The American public wants to know.  This news story is too new – too raw right now.  But there are many other pieces in play.  A midterm election is approaching.  Congress will re-convene and continue their Jan. 6th hearings.  Some, including Trump, may announce their 2024 intentions.  So what just happened?

I served on a jury years ago, as did my husband, mere months after we moved from Boston to the Panhandle of Florida.  We registered to vote, and received summons in the mail to serve – our first times experiencing serving as a juror.  My husband’s was a murder case.  Mine was just a stupid college kid who drank too much on spring break and got into trouble.  I remember there were three cases from which the attorneys had to pick from a gathering of about 300.

I was elected the “foreman.”  Prior to selection, they asked the potential jurors what books we read, what were our interests, and what was our background.  When the attorney asked me in front of everyone where I was from, I said Boston.  He said what happened — did you get onto the wrong plane?   I remembered riding in the paddy wagon to go to lunch, and was told not to talk, and a deputy was present at our lunches.

I was told I was doing my patriotic duty by serving.  But what struck me and has stuck with me was this statement repeated in court:  Innocent until proven guilty.  Not guilty until proven innocent.

For some reason, until I served, I did not realize this.  Maybe I assumed it and took it for granted.  Evidence needed to be presented first and there had to be good reason.  No one is accused on hearsay.  No one is guilty until there is undisputable proof, that a crime was committed and all must see it that way on the jury.

The DUI was shoddy. A college kid on spring break goofing off.  The police did a terrible job documenting the incident. Their breathalyzer equipment didn’t work.  They didn’t document bottles of alcohol found in the back seat.  They may have had a case, if they had they done their job.  But we were all in agreement that they did not have evidence, and I had to convince one juror that they had no case because of the crap reporting that was presented as evidence.

No one raids anyone’s home without a warrant and that takes time.  What happened that night?  Are presidents and former presidents now under deeper scrutiny?  Are former presidents who have questionable backgrounds and behaviors homes being raided?

What is the reason for invading a former president’s home while he is away?  You cannot say we are looking for something to pin on you.  I learned that serving as a juror.  You have to have that something first.  So what was it?  I read the news story and the former attorney of “Clinton” for God’s sake, a former president and spouse of seriously questionable behavior, saying a piece of paper that was classified and is removed from the White House is a crime and you cannot serve again in any way in the future and may go to jail.  Whitewater anyone?

Can you plant something and then find it?  What were they looking for?  The public has a right to know.

Something changed last night for many.