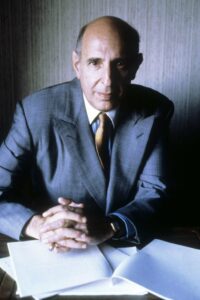 Powerline linked to a fascinating article in Public Discourse today: “Harry V. Jaffa and Allan Bloom:  The Contested Legacy of Leo Strauss.” It covers a lot of ground, so I won’t quote it at length or try to summarize it; you really should read the whole thing — it’s outstanding. But there was one paragraph in particular that really caught my attention (emphasis mine):

For Allan Bloom, the role of the teacher is to free a young mind from the reigning orthodoxies of the day, the stories told by the city. In his phenomenally successful Closing of the American Mind, he decried the influence of German philosophy on the students he was encountering in the classroom. These young men and women had absorbed a soft nihilism or relativism through the general culture and were, as a result, unteachable. Since they believed nothing, there was nothing from which the teacher could turn their eyes. According to Bloom, “relativism has extinguished the real motive of education, the search for a good life.” What good is it to turn someone’s eyes from shadows if they won’t open them? 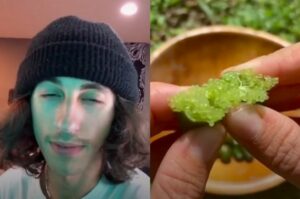 This is a profound point.  How do you teach someone who doesn’t care?  Someone who has been taught that there is no more to life than video games and pot — just seeking the pleasures of the day, with no interest in self-improvement or sacrifice for a cause? How can you change someone’s mind, if they don’t believe in anything? Why should they start now? Mr. Bloom is right — such people are unteachable.

Our schools are a mess.  From kindergarten through graduate school, they’ve lost interest in education, working instead at indoctrination.  And we blame our failing schools, with good cause, for many of the problems of today’s youth.

But it may not be completely the fault of the schools.

Which side would the typical six-year-old choose to join?  Heck, what about the average 26-year-old?

Such people are unteachable.  They go to school because they have to.  Not because they’re interested.  They’ve been taught not to care. 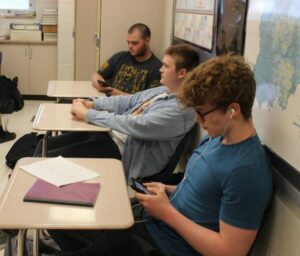 Teachers’ unions have done enormous damage.  The quality of school teachers has declined noticeably over the years.

But the quality of the students may have declined even more.  In ways that are not immediately obvious.  Soft nihilism is not always dramatic or striking.  But it’s destructive.  Because such people are unteachable.

I suspect that Rome had similar problems, once it got really rich.  Right before it collapsed under its own apathy.

This will be a difficult problem to fix.  Because to fix it, we first have to care about it.

So this will be difficult to fix. 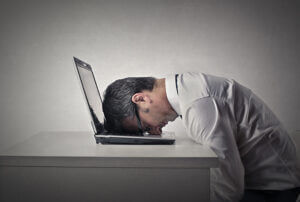 This would be a great topic for a post.  I should get some bourbon, start analyzing this from various different perspectives, considering the origins and progression of this phenomenon, review a few different sources, describe historical parallels, and suggest some possible solutions.  It’d be a great essay.  It really would.

But you know what?  I don’t feel like it.  Just thinking about this makes me sad.  So I’ll just jot down a quick thought and post it.  Whatever.

Which makes it sound like I don’t care, even though I do.  I just can’t stand to think about it.  It’s just so, so sad.

This will be difficult to fix.