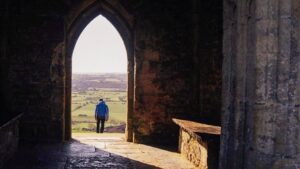 Skojec explains how he got a very raw deal at the hands of the Legion of Christ and its lay movement Regnum Christi. I have no way of judging his charges. But he was very involved at the same time the Legion founder abused boys, fathered children, and plagiarized. Such a culture can only result in the abuse of the rank and file. Skojec describes psychological abuse; he says he was brainwashed. When he tried to leave, he says the Legion went all Saul Alinksy on him: “Pick the target, freeze it, personalize it, and polarize it. Cut off the support network and isolate the target from sympathy.”

Skojec spent part of his college years at Steubenville as a “Legionary counter agent.” Over the next several years, Skojec was quite obviously and seriously vexed about issues in the Church; sexual abuse by priests, the liturgy, changing of doctrine, Francis, the Bishops, Covid, and much else. He fought like hell. He fought and fought and fought. And then he left.

Long ago, I figured Skojec would leave the Church.

His story reminds me of Rod Dreher’s, who spent years looking into the abyss of priest sexual abuse. I have gone on record that Rod was right about all that and I was wrong. But maybe where Rod did go wrong was spending so long looking into the abyss and feeding his anger, which led him to question the theological claims of the Catholic Church. He left for Orthodoxy.

Their stories remind me of Joseph Sciambra, a man I deeply admire. Joe spent years living in the homosexual abyss and came out of it quite damaged. He looked for succor from the same Church he accuses of encouraging his behavior and abetting his abuse. Understand that Joe is the guy who tries to save gay men by going to the most sexually perverse San Francisco festivals wearing a “Jesus Loves Gay Men” tee-shirt and handing out rosaries.

Sciambra tried for years to convince various Churchmen that the Church was allowing the rise of homosexualism in the Church. He pointed to openly homosexual parishes in San Francisco and New York. He tried to convince Archbishop Jose Gomez of Los Angeles that Fr. James Martin ought not be featured at the annual education conference in L.A. No one would listen. I think the only Bishop who formally met with him was Cardinal Burke, a meeting that I arranged.

I fear the ongoing strike by the Vatican against the Traditional Latin Mass may lead many into this kind of anger. Thirty years ago, I watched similar fights and similar anger lead men out of the Church. I knew Gerry Matatics and Tom Droleskey when they were still Catholic. There is a good chance most of you will not know their names, but both were deeply involved in traditional Catholic issues back in those indult days.

My friend Ken Wolfe believes this cannot happen in the current day because the efforts to defend the immemorial Mass will happen among friends and fellow parishioners. For most, this will certainly be true. But I know for a fact that anger over long periods of time can change people and drive them away from things they previously believed and loved.

My advice, for what it’s worth, is for people in these fights not to be so concerned about wins and losses. Do not care quite so much. Forgive this string of platitudes: sometimes you win, sometimes you lose, sometimes it rains. And then you keep trying but without the fretting over the box scores.

I know, I know. We are fighting over eternal truths that can save. True enough. But we must live to fight another day. We are made for the Beatific Vision but on this earth, we are made for fighting; maybe not so much that we are driven the wrong way across the Tiber.