Here we are at the beginning of August, and we are only up to Georgette in the Pacific.  This is NOAA’s hurricane prediction for 2022: 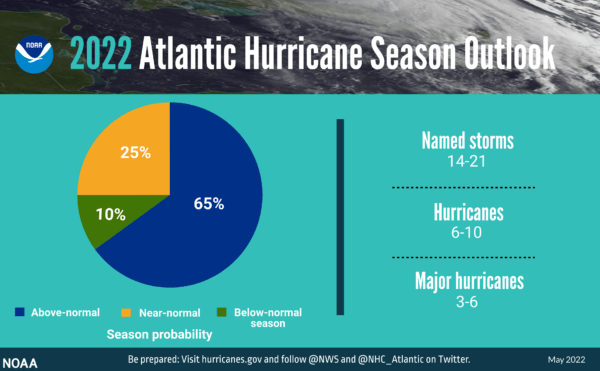 When I look at those spreads on the right, I see tons of wiggle room (I’m surprised they don’t have 1-26 for named storms).  Nonetheless, I just realized we haven’t had any big storms yet that I know of.  What’s a climate change activist to do?