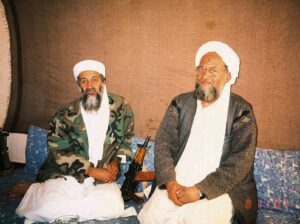 President Joe Biden will speak at 7:30 p.m. ET (4:30 p.m. PT) on what the White House called “a successful counterterrorism operation” against al-Qaeda in Afghanistan.

“Over the weekend, the United States conducted a counterterrorism operation against a significant Al Qaeda target in Afghanistan. The operation was successful and there were no civilian casualties,” a senior administration official said.

The 71-year-old Al-Zawahiri began as an Egyptian terrorist and has lead Al-Qaeda since June 2011. He is thought to have orchestrated attacks in Asia, Africa, North America, and Europe. The U.S. State Department has offered a $25 million reward for information or intelligence leading to Ayman al-Zawahiri’s capture. There have been rumors of ill health (and even death) for the past few years.