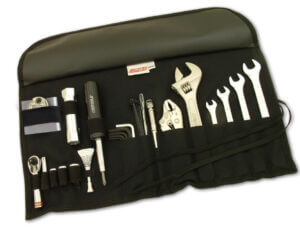 I have a tool kit that I carry on my motorcycle, designed with just the right set of tools for roadside repairs.  It’s a very nice set made by a company that makes motorcycle and guitar tool kits (no idea why that exact combination).  It includes a tiny container of Loctite thread locker.  I needed to use the Loctite earlier this week and went looking for a replacement for the tiny container.  Sure enough, Amazon had a pack of 5 of them for $9.99 and they were delivered the next day.

When I hear Bernie Sanders complain that Americans have too many kinds of deodorant to choose from, I wonder just how insane our politics have become. After all, this avowed socialist lion of the Senate owns three homes outright.  And of course, his equally insane minions follow him on their magic modern phones and tablets.

The abundant supply of countless consumer goods makes us richer in practice than the robber barons of the 19th century and richer than monarchs pretty much since the beginning of recorded history. Of course, progressives are determined to make us regress to the life of the past through their insane financial policies.

I sure am using that term “insane” a lot, but I think it fits.  I instead choose to celebrate our modern life of abundance.

P.S.  I could have used multiple examples of our bounty, like the crunchy cookie butter in the pantry, but the Loctite came to mind first.