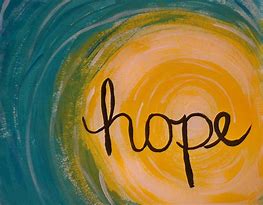 A story crossed my email from Crisis Magazine worth reading.  It presents the life of a lowly servant in the trenches – holding up a hand against evil, trying to protect an enormous flock of young, abused girls in Mexico.  The powerful hand is attached to the body of a thin, older priest named Father Dan Leary. Here is an excerpt:

A single American priest, Fr. Dan Leary, has worked seventeen-hour days the past several weeks to spiritually and mentally prepare the teenage girls for what might await them in some of the most dangerous towns in the world. Long hours are not uncommon to Fr. Leary; he has no days off. Seventeen- and eighteen-hour days are standard.

The girls have learned how to protect themselves against the evil ones; they’ve been sent out as warriors who understand the spiritual battle,” Fr. Leary said. “They have exorcised water and salt. They will be praying their rosaries on break; they’ll be walking to daily Mass in their villages, they will be in prayer. They know God is with them to protect them, moment by moment.

“These girls have a new light in their eyes—and the monsters see it—and when they see it, they often stop touching [abusing] them. The monsters see the change and they begin to drift away.”

When Fr. Leary arrived in Mexico in 2020 as a new chaplain to the Sisters of Mary—who run boarding schools throughout the world for poor, neglected, and often humiliated children—several teenagers had trouble sleeping. Many awakened in terror and pulled open windows, where they sucked in the night air in gulps as if it was an elixir that could erase memories. These nightmares were of the worst variety because they stemmed from real evil inflicted upon them; countless teenage girls here have been harmed by men in unspeakable ways.

I thought of the contrast between sheltered progressives, especially young women, in our country who know nothing of these abused sisters, young girls like themselves, who have been taught by blind generations of the past, that the  focus of freedom includes the option of the demise of the child in the womb – unwanted, inconvenient or unloved.

All that is holy and worth saving is the main focus of this priest, because young women hold the means of life for the future.  He is empowering them to go forth with love, confidence, and no fear.  His hand has power, to hold back the tide of evil attacking the main pillars of civilization created by God: womanhood – motherhood – marriage, and especially the newborn.

One man saving a village – of children, the poor, and young girls.