There has been an interesting exchange of ideas recently on Ricochet, in this order:

All of this got my propeller spinning a bit.  Let’s see if I can make sense of all this. 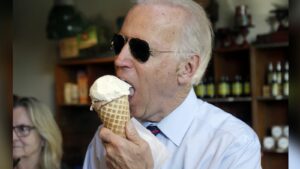 First, in defense of my simplistic question, I think this is a very important point.  In national elections, Democrats consistently win around half the popular vote.  That’s incredible.  The party of slavery, the party that promotes the same leftism that led to the deaths of 100 million people in the 1900s, the party that is led by inspiring, youthful, charismatic figures like Biden, Pelosi, and Schumer – that party wins about half the popular vote.  Regardless of who their candidate is at the time.

And most of the people that vote for Democrats are nice, caring, intelligent, pleasant people.  I find that astounding.

Henry’s response was brilliant, I thought.  Leftists claim to want a Utopia.  And maybe they do, on a certain level.  But their primary motivation is punishing whoever they blame for their problems.

Now, we all have problems.  But not all of us blame others for our problems.  P.J. O’Rourke wrote something like, “One problem with becoming a conservative was that I had more difficulty finding someone to blame for my problems.” 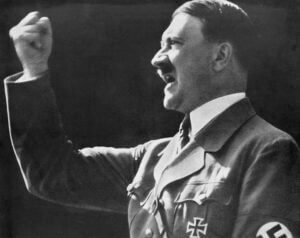 Taking responsibility for our problems is unpleasant.  The painful soul-searching needed to find and correct our own flaws is even more unpleasant.  It’s easier to just blame rich people.  Or Jews.  Or Christians.  Or heterosexual white males.  Or whoever.  Anybody but you.  You’re a helpless victim of forces beyond your control.  That makes you virtuous and that makes government your only hope.  Which gives you, and your government, more power than you deserve.  And more power than is safe.

Then, to Bryan’s point, I’ve also noticed over the course of my career that people much prefer to have problems that they can’t do anything about.

If someone develops diabetes, I’ll say, “You know, it might help if you don’t live on donuts, sweet tea, Little Debbies, and Fritos.”

The patient will immediately become defensive:  “It’s genetic!  My brother has diabetes too!”

Me:  “He’s my patient, too.  And you’re right, he also has diabetes.  Because he lives on donuts, sweet tea, Little Debbies, and Fritos.”

I’ve had patients transfer to another doctor after conversations like that.  But if I tell them that they have pancreatic cancer and they’re going to be dead in three months, they’re strangely reassured by the fact that it was just bad luck.  Not their fault.  Which makes it more tolerable, somehow. 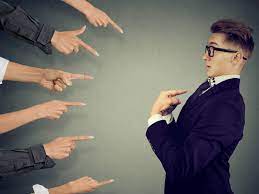 Either way, things will go wrong.  There will be disappointments in your life, no matter who’s responsible.

But if they are responsible for their own disappointments, that leads to unpleasant periods of self-doubt and agonizing efforts at self-improvement.  Very difficult stuff.  No fun whatsoever.

But if government is responsible for their disappointments, then it’s not their fault.  Less pressure on them, I suppose.

What they don’t understand is that lack of control over one’s life also leads to bitter resentments.  For example, I prescribe a medicine to a patient.  It’s expensive.  He asks if there are cheaper options.  I say yes, but they’re not quite as effective.  He says fine, give me the cheaper one, I’ll call you if it doesn’t work, and he’s pleased to have saved some money.  But if he were on a government health care plan that refused to pay for the good stuff and instead gave him the second-rate drug, he’d be furious.

Either way, he gets the second-rate drug.  But in one case he’s happy, and in the other case he’s furious. 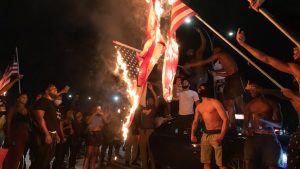 Allowing others to control your life leads to anger and resentment.  But still, to iWe’s point, many still prefer to avoid taking responsibility for themselves.  So they become the miserable recruits for the Democrat party that Henry described in his post.

We tell children, from the age of 3 to their early 20s:  Ok, you’re a good person.  You don’t have to change – you’re as good as it gets, right now.  What a horrifying concept.  You’ve just extinguished any hope they have for the future.

Ok, so let me try to tie all this together:

Society is fairly prosperous and stable, so many people lead happy, wealthy lives.

But some do not.  And those people don’t wonder why they have failed while others have succeeded.  Instead, those people look for others to blame.  They blame family, religion, societal norms, and other restrictive systems which limit their behavior.

The successful people feel bad for the less successful, so they also criticize and attack the family, religion, and societal norms that led to their own success, out of sympathy for the less fortunate.

Once enough people turn against family, religion, and societal norms, then those things start to lose influence.  We start to raise children without those things.  After all, we don’t want to oppress them.

Those children, lacking the wisdom of the ages and lacking structure, understandably become miserable adults. 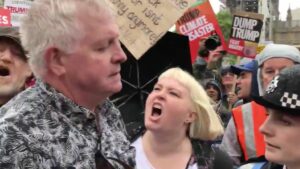 If you’re raised on nihilism, and you believe that your life has no greater purpose than the pursuit of immediate pleasures, and you believe it’s up to someone else to provide them for you, then nothing is ever good enough.  And you’re bound to be miserable.  Happiness becomes impossible.

Those miserable adults are naturally hesitant to believe that their misery is their own fault (and you could argue that it’s not).  So they blame those who are more fortunate.  Miserable people hate happy people.

The miserable people feel vindicated and virtuous.  They literally can do no wrong – crimes are not criminal if they’re done for the greater good.  So their attacks on family, religion, and societal norms become progressively more vicious. 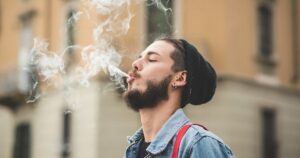 And eventually we reach a critical mass of miserable people.  So government power becomes overwhelming.  For everyone.

Now family, religion, and societal norms go from supporting a stable society to having no supporters whatsoever.  They shrivel and die, and nobody cares.  Government will take care of us.  That’s more fair.

The culture that supported that previously stable & prosperous society collapses completely, and everyone wonders why.  It must be the Republicans’ fault…

I don’t know.  This made more sense in my head than it does now, after I tried to write it out.  I still find it astounding that Democrats win half the national vote every time.  And I’m amazed that my nice, intelligent, compassionate friends vote for them.

I just don’t get it.  I guess because my brain just doesn’t work like that. 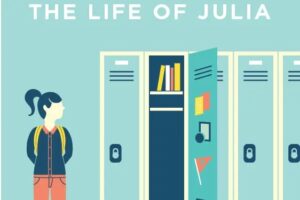 NOTE:  I very much appreciate the contributions of @henrycastaigne, @bryangstephens, and @iwe to this essay.  If I misrepresented your views in any way, please let me know and I’ll make corrections.  Thanks.