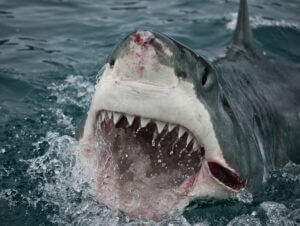 A quote from an essay written by Mark Judge titled The Devil and Man at Harvard and published in Real Clear Religion, May 09, 2014.

Then he said something that, although perhaps not so artfully phrased, I never forgot. “That kid went fishing in the spiritual realm,” he said, “and he caught a Great White.”

Years ago, my wife and I attended our son’s university freshman orientation day and helped him move into his dorm. Towards the end of the day, we took a walk around the campus and the old main street just outside the campus.

There are so many things that we don’t know. Direct observation is demanded by some scientists and others engage in thought experiments. Positing multiple dimensions and we must have cousins in the universe are all well and good, but there can be consequences.

As far as the search for alien life, the philosopher in me asks, how can we be sure that aliens out in the great expanse are as willing to share the universe as we are. We have enough difficulty sharing our own world with ourselves as it is.

We do have a manifestation of the unknown closer to home.

But perhaps I’m dismissing the black mass too easily. While William Blatty’s insights in The Exorcist are profound, there’s also something to be said for not being stupid enough to mess around with things that you shouldn’t. When I was in Catholic high school one of my teachers was Fr. John Nicola, a priest and exorcist who had consulted on the film.

A lot of the cases Fr. Nicola was involved in began when an otherwise smarter person decided to explore something occult or evil: a Ouija Board, “death metal” music, drugs, pornography — or a black mass. One day in class Fr. Nicola played us a tape of a person who was demonically possessed. When you hear a sixteen-year-old girl cursing in Aramaic and in a voice that sounds like a wounded bear, it makes you think. I was so rattled after class that I couldn’t sleep that night. My older brother, a night owl, came into my room. I told him I was a bit freaked out by Nicola’s class, which he had also taken. He asked me if Nicola had played “the tape,” and I said yes. I then asked my brother what had caused the kid from The Exorcist to come to such a terrible pass. My brother said that the kid had started out just fooling around with a Ouija board.

There are times when the hunter becomes the hunted.