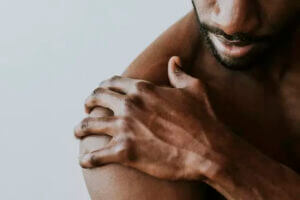 Never been wounded? This post isn’t for you. Real people are invited to stay.

Today I recommend, for your comfort and enlightenment, a series of talks by Father Chad Ripperger, on healing spiritual and psychological wounds. Father Ripperger, the author of Dominion, is a scholar in the philosophy of Saint Thomas Aquinas, a Thomist, and a veteran exorcist for the Roman Catholic Church. A handy combination, he maintains, since he finds demons to be Thomistic in their thinking and, more importantly, in the laws that the Lord places them, and us, under.

Who was Saint Thomas Aquinas? He was a Dominican monk and theologian who lived from 1225 to 1274 and wrote the Summa Theologica (“Summary of Theology”), fusing Aristotle, scripture, and the early Christian Fathers. His work requires training to appreciate, the vocabulary is deceptively familiar to us, but with technical facets a modern student would never appreciate on their own. Fortunately, father is gifted in presenting Thomistic concepts to modern audiences.

We are under continual spiritual attack from our own institutions and culture. Right down to the universal dismissal of the spiritual, and for when that fails, the promotion of modern spiritualism. My first real exposure to modern experientialist spiritualism came when a medium, a proud, enthusiastic explorer of the hidden world of the occult, in total ignorance summoned a demon in my presence. I credit them both with the death of any skepticism I might have had. (For more on the dark absurdities of modern spiritualism, I recommend starting with Robert H. Bennett’s book, Afraid.) In a world where so many dark forces are rubbing salt into so many wounds for the detriment of all (but themselves, or so they think), these talks can serve as an important curative.

Have a blessed Lord’s Day, and may His peace be with you.