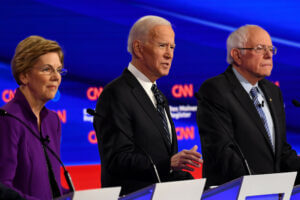 And they would have gotten the same results.  Our economy would be imploding, the world would be less safe, crime would be skyrocketing, inflation would be growing, and so on.  Everything would be going pretty much as it is now.  And Americans would be blaming the Democrat policies that caused all this, and they would be very much looking forward to upcoming elections to fix these problems by changing our leadership from Democrat to Republican.

But unfortunately for America and the rest of the world, Mr. Biden appears to be suffering from dementia.  So now, rather than blaming our problems on the Democrat policies that caused them, people are blaming Mr. Biden’s apparent medical condition.  Which, again, is completely irrelevant.  We got these destructive policies because we elected Democrats, not because Mr. Biden got sick. 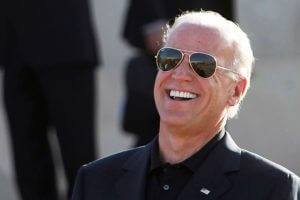 Mr. Biden’s dementia is a catastrophe.  It’s providing cover for the Democrats, by distracting everyone from the real cause of our problems:  Democrat policies.  It may even allow Democrats to replace Mr. Biden with an even more radical leftist, out of compassion for an old, sick man.

So rather than moving right, we could move even further left, even after the damage the left has done.  All because Mr. Biden appears ill.

The Democrat policies that are destroying our nation and endangering the world are very bad.  But Mr. Biden’s dementia makes this much, much worse.