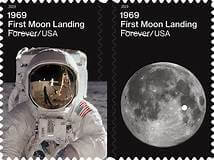 This is perhaps the most momentous achievement in the history of America.  To date, no other country has landed its astronauts on the Moon.  Landing ours was only the first tiny step for humanity in its journey to the stars. May it not be the last. And may America be the leader on that great quest.

God Bless America, the Greatest Country on God’s Green (and getting greener) Earth.