Every so often, an American Hero emerges.  A normal American who, in a moment of great stress, does something heroic. We celebrate them too rarely, so when someone does something great, I believe that it is time to acknowledge their heroism, be in on the battlefield, going into a burning building, landing a plane on the Hudson River, or hanging out in the mall, and needing to step up suddenly. Below is a picture of an American hero. 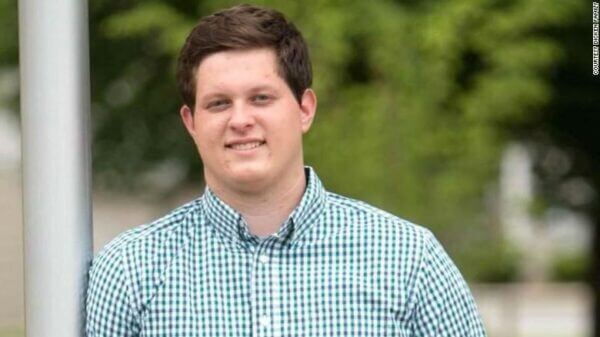 Elisjsha Dicken, age 22, was shopping with his girlfriend when a gunman opened fire in a mall’s food court. While the shooter shot 24 rounds, killing three strangers and wounding two others, who the shooter did not know, Elisjsha Dicken used a Glock handgun to advance on the shooter and kill him. The incident took only 15 seconds. If this American hero had not been there, who knows what would have happened.

I am really sick and tired of hearing about the shooters, who they were, what’s their picture, and why they did what they did. (My answer is that they are often losers intent on committing suicide but want to take as many people with them in their blaze of glory.) But who cares about those losers?

I want to celebrate someone who did something right. Elisjsha Dicken is such an American Hero. Good for him. The world is a much better place with him in it. There are other heroes among us. We should celebrate all of them.