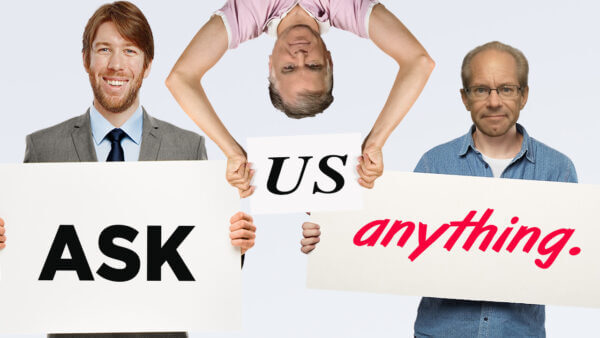 Good people of Ricochet, lend us your Qs!

For this week’s flagship podcast, our world famous (right?) hosts will be answering the questions. And they’ll be coming from you. Unfortunately Peter is off this week, but are there any inquiries you’ve had for Rob, James and Charles Cooke – who’s subbing for Mr. R? Whether you’re wondering about their take on hot button issues or their thoughts on culture; maybe you’d like to know about what they do when they aren’t podcasting, or how they got into their line of work. If you wanna know, we wanna know that you wanna know.

Hit them with your best shot in the comments to hear their answers this Friday, July 15th.